Archive for the tag “BMI” 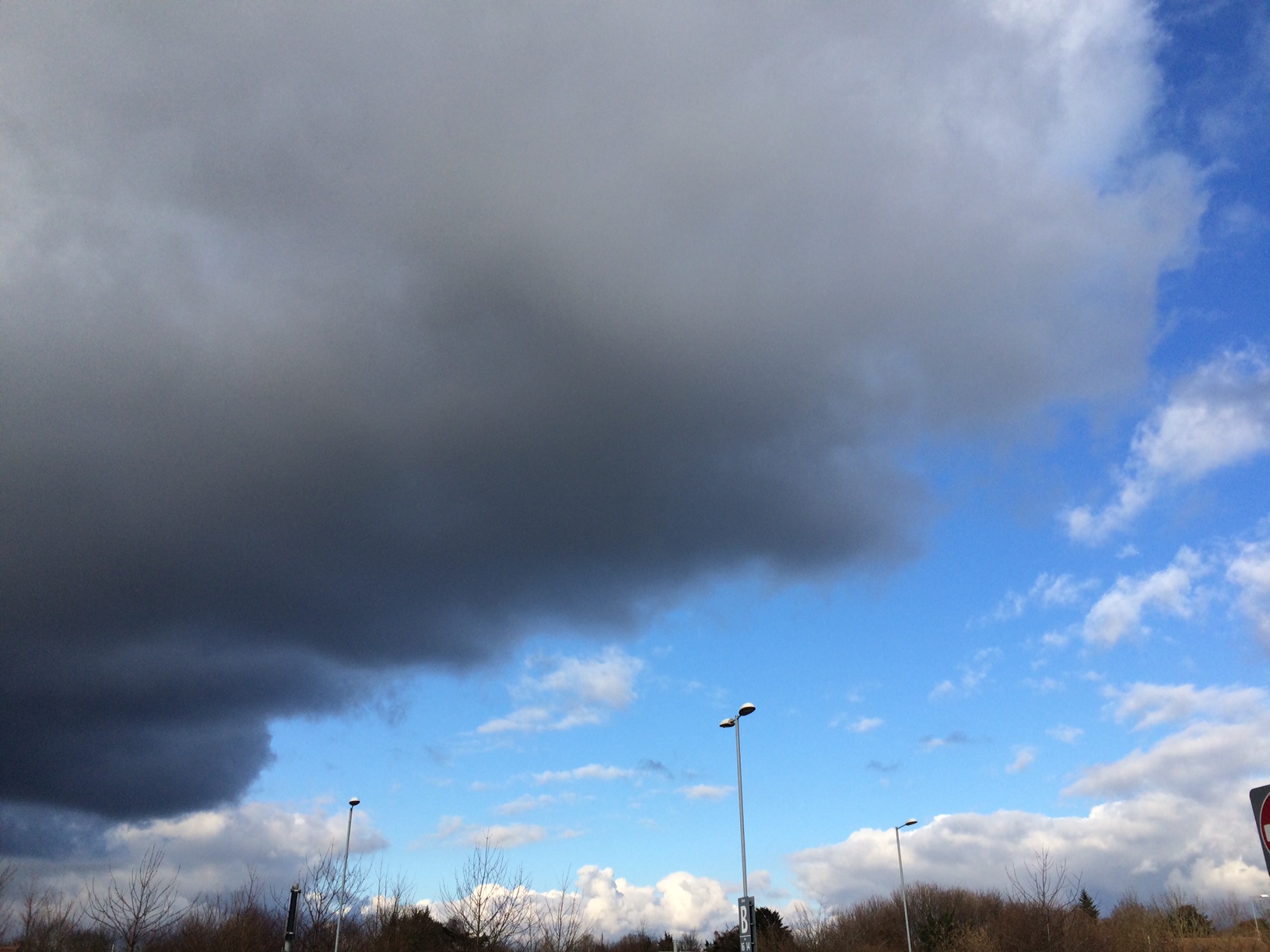 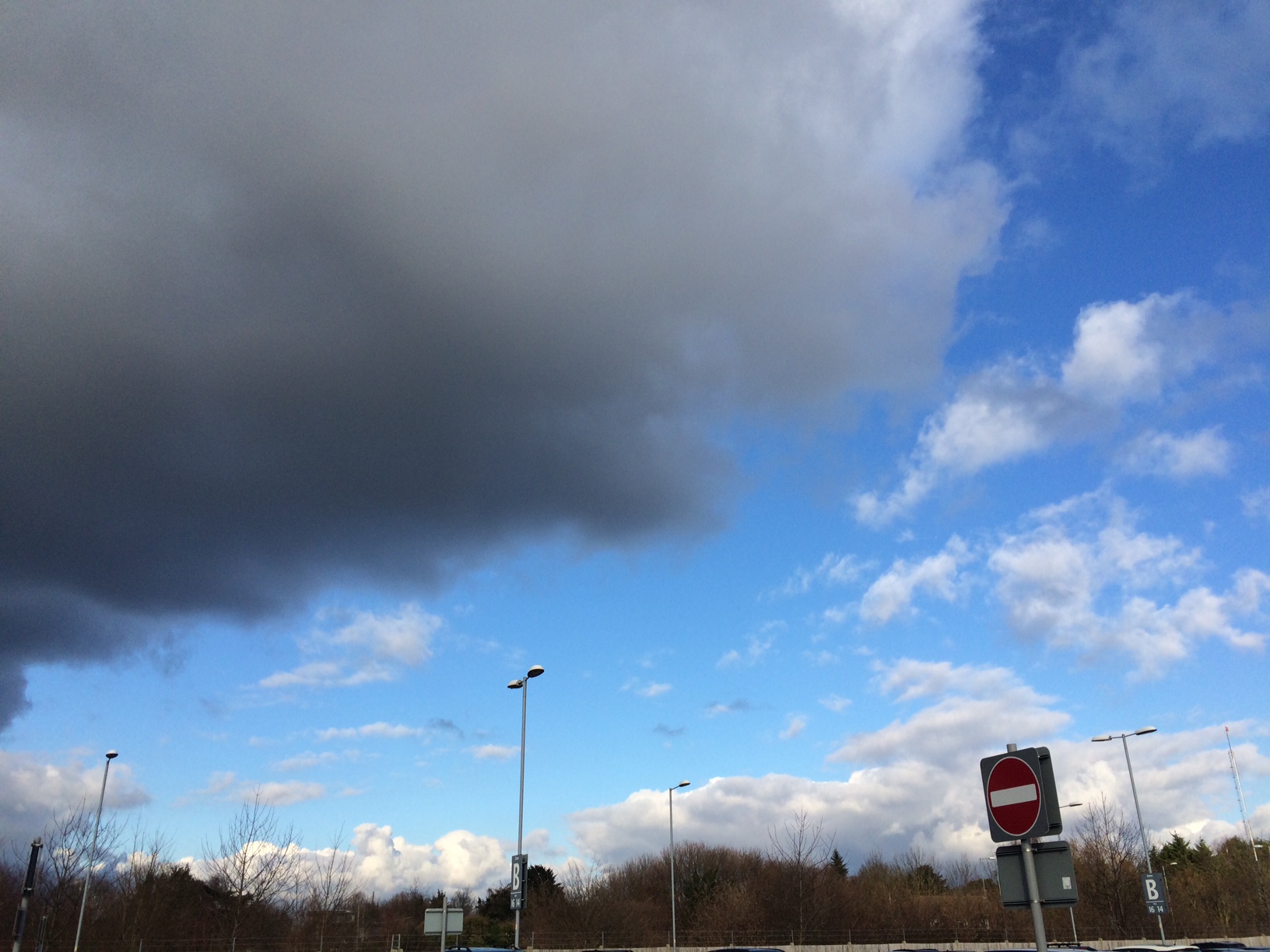 Obesity and flying. Have a look at Allegiantair . Charge for overweight passengers who cannot sit in one seat. .

While in Indianapolis airport I was struck by an advert by a boarding gate . Essentially the threat was that by not booking in advance it would cost you $50 to take on board a really small carry on item. You can judge for yourself the reasonableness or not below in the photos. However I took a look at their website.

To confuse matters further…….Allegiant is a science fiction novel for young adults, written by the American author Veronica Roth and published by HarperCollins in October 2013.

However I found clear guidance about obesity and flying that put simply means that if you encroach on the next persons seat area then you must buy a second seat. Many might consider that reasonable.

This is essentially what I found

Clear guidelines . What do we all think? 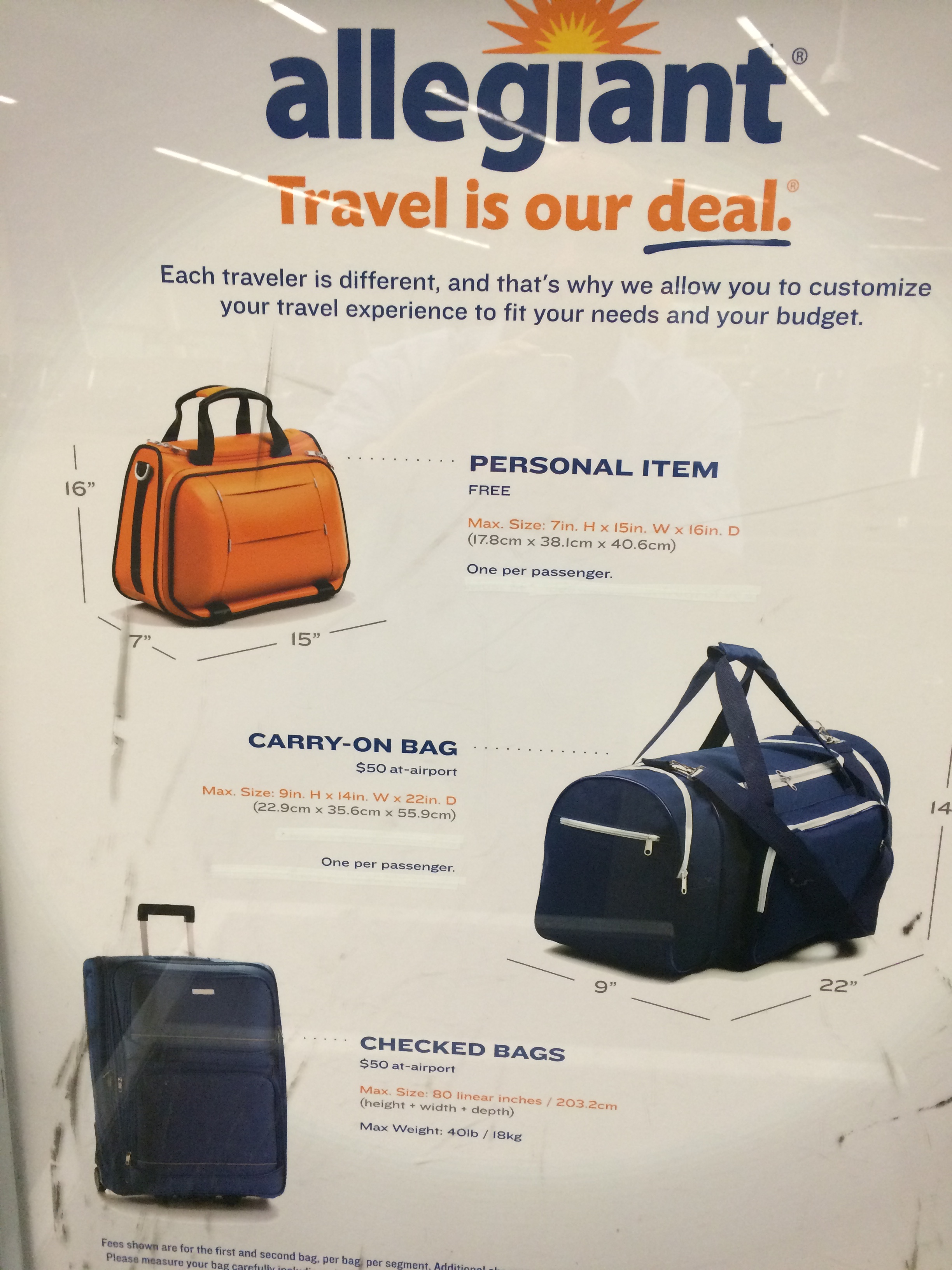 A Final View on South Korea from Sherlock Holmes

There is no doubt that I would like to come back here. Based only on two days I would say that this is one of the most polite and pleasant nations I have visited. I saw no aggression nor irritation with two exceptions. A Korean man trying to check in for his flight before the counter was open ( the clue for him was a huge queue and the massive sign saying opening at 14.50) and a Korean man paying his executive level room bill with wads of cash. No smile, no communication. Deadpan face. No thanks either and no bowing. Everyone else in Korea bows to everyone else on every occasion. Let me give you an example. When the check-in desks did open at 14.47 the whole team of 7 check-in staff, stood up, said something together to the waiting travellers ( rather like one might address a church congregation ), bowed to us all, and then rapidly motioned for us to come forward. I will not criticise British Airways for not doing this, but maybe a smile instead of a bow? And not one of those sour mouthed ones either.

The other learning in South korea is that in two days with mostly affluent doctors and other souls, I saw only two overweight people ( out of hundreds if not thousands). One of these was a morbidly obese Korean man in the hotel ( BMI>30, maybe >35), and the other a slightly overweight young woman (BMI maybe 27-28). Why? Easy. They eat less. How do I surmise this? Am I Sherlock Holmes? Well, maybe….

The portions served at mealtimes are much smaller than western sized portions. The meal last night in a grand hotel ( Lotte Busan, if you want to look it up. It has a casino and theatre etc, to give context) was 4 courses. Four small courses. Fish as a starter with bread roll about half the size of UK bread rolls a la Co-Operative. Third of a bowl of asparagus soup. Small steak with side salad, other vegetables and small amount of potatoes. Dessert a small slice of a sort of light cheesecake. No alcohol served at all, and in fact only water and coffee. This was a meal served to a group of top physicians in Korea attending an important annual congress. My second observation was actually a secondary one. I was trying to work out why the airports function better and quicker than UK. The answer is essentially no shops ( certainly no unnecessary ones) and few restaurants. So the whole area is not clogged up by people rampaging for their ninth meal of the morning. Compare and contrast with any USA airport where it seems de rigeur to eat a massive meal even though one is going on a 1 hour flight. So, simple deductions,Watson. Eat less and do not get overweight.

I would definitely return here both in a professional capacity and for a holiday. And in fact I am quite taken with South Korea and shall be cheering them on in the olympics!

Busan from the 33rd floor

A 2 day trip to edinburgh does not sound too terrible but the hassle associated with flying makes it not so desirable. Firstly  we are mostly obliged to use Star Alliance carriers which means BMI, but BMI seem to have cancelled almost all of the routes that I used to use. So if i am travelling from london now I cannot travel to Glasgow, Teeside, Berlin, Leeds/Bradford, and there are vastly reduced numbers of flights to Dublin and Edinburgh. I return BMI fly to places where the human soul does not often contemplate going like Libya and Kazakstahn and Amritsar ( which is where?). So a flight at an inconvenient time means arriving mid-afternoon to a drizzly Edinburgh. The place seemed almost deserted, the bars and restaurants empty where I was, Hilton Grosvenor at Haymarket ( near Hearts football club, who are also in a financial mess and have not paid their players this month).  I ate in the hotel, the food was actually fine but to eat in almost empty, atmosphere free restaurant is not so good. Edinburgh is also being dug up, mainly to build a tram system that no-one wants and which it seems will not go anywhere where people might like it to, like the airport. there are huge holes all over the city and roads closed making it like a complex game of Masquerade  for a taxi driver to find a route to Haymarket.

My meetings however went very well and I learned a little more about Adult ADHD and learned also a new term ” creeping development”. a curious term, which i think means adopting something like a way of working or a clientele that has not been “approved”…..It is a term I already dislike. No camera with me but have added a few shots from a recent trip to North Berwick, a fine place. 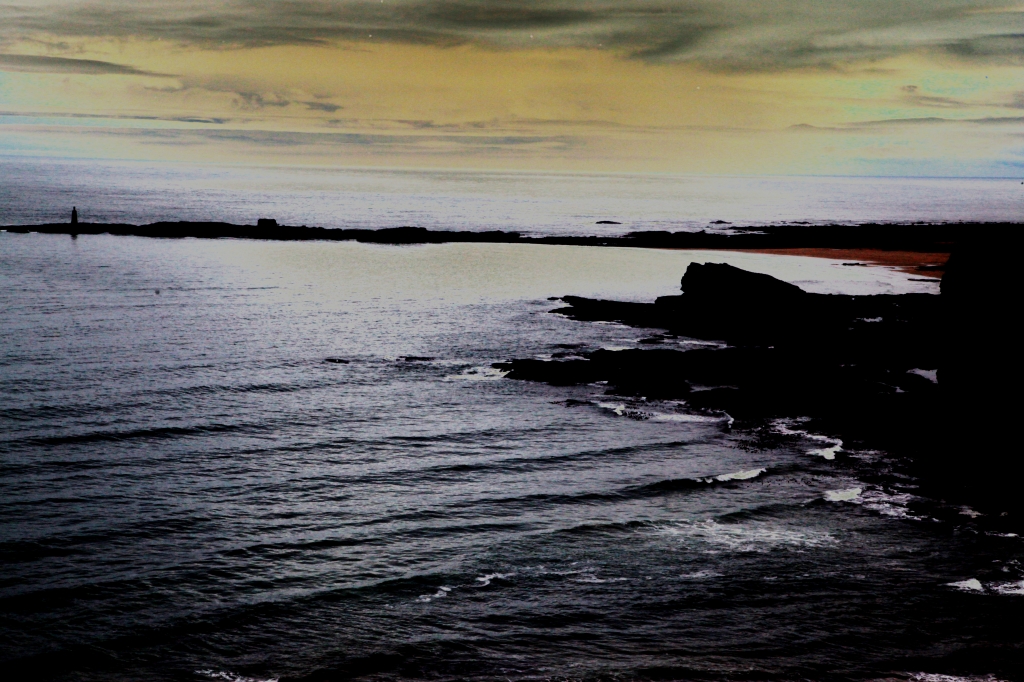 An interesting week but one sadly that ended with me getting up at 4 am to travel to Heathrow and head for Dublin for a day of work. Why saturday? good question but the Irish often hold meetings then and I agreed to give a lecture on ADHD. Actually it all went well over there, nice audience and nice people. but to be waiting for a taxi booked for 5 am when it did not turn up was not idyllic. the guy rang me and said where was I, to which i replied outside my house. He was somewhere else, anyway then he arrives and the next piece of joy when he tells me in a very foreign language that this is his second day in the job and he has no idea how to get to Heathrow! now at 5 am i am cutting it quite fine timewise, thinking who else would be on the road. Well it all worked out. security at Terminal 1 did their best too to make me late. They stopped a sikh guy as he had what looked like a keyring and instead of just pulling him to one side and getting on with it, they stopped the whole security queue from moving. Anyway got picked up in a nice Mercedes limo and whisked off. Central dublin was so empty.

Return flight  in the middle of the afternoon meant no football for me today and that is painful, so no photos to upload. The tannoy announcer at Heathrow made me laugh as he sounded just like the ” compare the meerkat, compare the market” voice. Flights both ways on BMI who have that look of an airline in freefall. The staff are all generally morose and they seem to stop flying to where I want to go (Glasgow, Leeds, Durham Teeside) and initiate flights to where no-one in their right minds would want to go, places with Kazakstan, BAKU and tripoli, all come to mind. flight was maybe 60% full at best.

Brentford seemed to have played well at Oldham. They were 1-0 up and Llera got sent off for two yellow cards, but then Weston got a second. Season is looking good. If we can win a few home games then things could be interesting.

Kim may have reached Honduras by now. she had a wretched flight series with a 8 hour stop over at Newark, amounting to overnight and then a 2 hour delay on the final flight out of Houston but still seems happy on her blog.  www.seniorbushe.wordpress.com. We will see her in about a month when she has qualified as a trained Scuba instructor.

The last produce from the garden was eaten tonight, before you get excited, they were 5 small strawberries from the eternal strawberry plant. We leave it out each winter where it gets rained on and snowed on and frosted, yet comes back stronger the following year. Our potatoes also seem to be growing somewhat, so homegrown charlotte potatoes for xmas are planned.

During the week had a few nice meals out. Red Peppers in Esher is worth a mention and Reds in Wimbledon and using my lovely Taste card getting 50% the food bill, it is quite cheap to eat out except when wife decides to have copious quantities of vanilla vodka………….

Finally work has been busy this week. I took part in a debate over ADHD at the UKAAN meeting at a venue that was next to the Savoy hotel, called IET Savoy Place. Great venue. Old fashioned lecture theatre with modern frills. Loved it. Am becoming increasingly fascinated with ADHD and things will be interesting next year when more adults start getting diagnosed with ADHD.