Archive for the tag “goals”

There will be few who read the scores from the Scottish Cup on a monday morning and there will even fewer who realise that Times has printed the wrong scores and in fact seems to have made up the scores from two games.  Let me firstly add that I do not normally spend monday morning checking and cross-checking the Scottish football scores. I just noticed yesterday that East Stirling had beaten Threave Rovers 6-0 because of all the updates that were appearing on the vidiprinter on Sky football on my mobile.  However today it seems that Times might have left the game early as they report a score of 2-0. Similarly with Berwick Rangers, my Scottish team. They according to Times drew 2-2 with Peterhead but Sky sports assures me they won 2-1.  A double check reveals that i am right and Times are wrong. So that makes it 2-0 to me.

East Stirling used to play in a ground in a supermarket car park in Falkirk and a lovely little ground it was too. I understand that it has been bulldozed sadly. Here are a couple of photos to remind us of the 6-0 winners yesterday.  Lots more images of football grounds on my website http://www.footballgroundz.co.uk if you would like to visit.

Billericay slumped to only their fourth league defeat of the season with Tooting scoring 3 second half goals. At half time with Billericay leading 2-1 , despite tooting having taken the lead it seemed normal service was resumed in the Billlericay march to promotion. The billericay side were a big side in all ways, with comments coming from the Tooting fans along the lines of  ” well at least your stomach was offside”. And tooting were mostly blown away in the first half. The second half was vastly different. Tooting played the football on the ground, certainly had the luck but just about deserved the win. I went to see Glen Poole play. He had a quiet game and was substituted midway in the second half. If I was a betting man I would still bet on Billericay to get promotion, maybe via the play-offs at worst . If I were Tooting, I may be looking for a new goalkeeper.

Billericay come close. This one was headed off the line 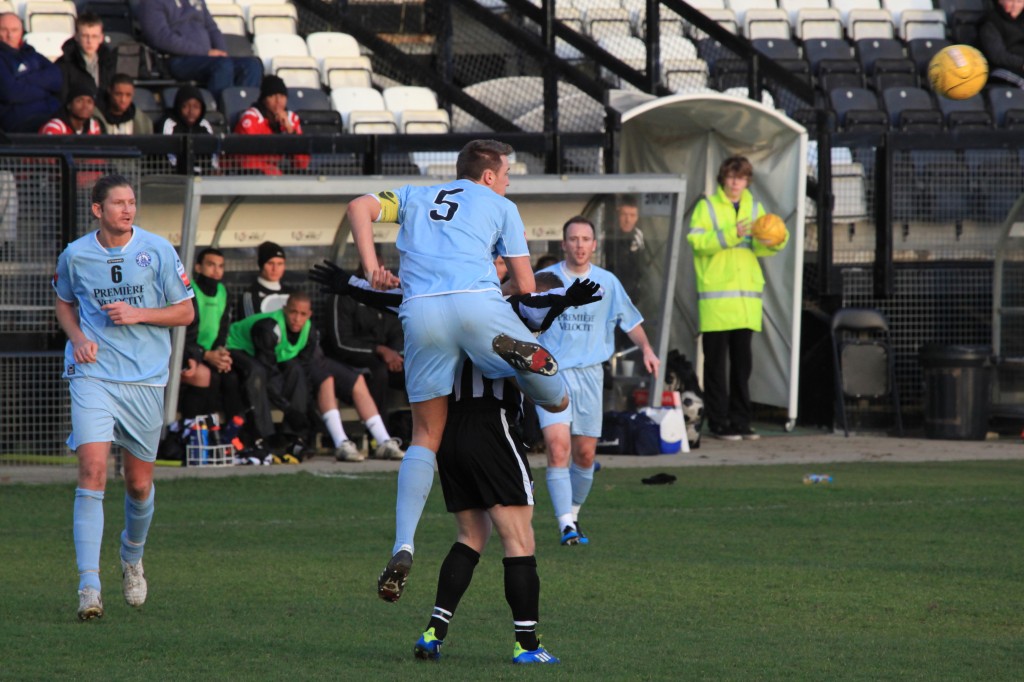 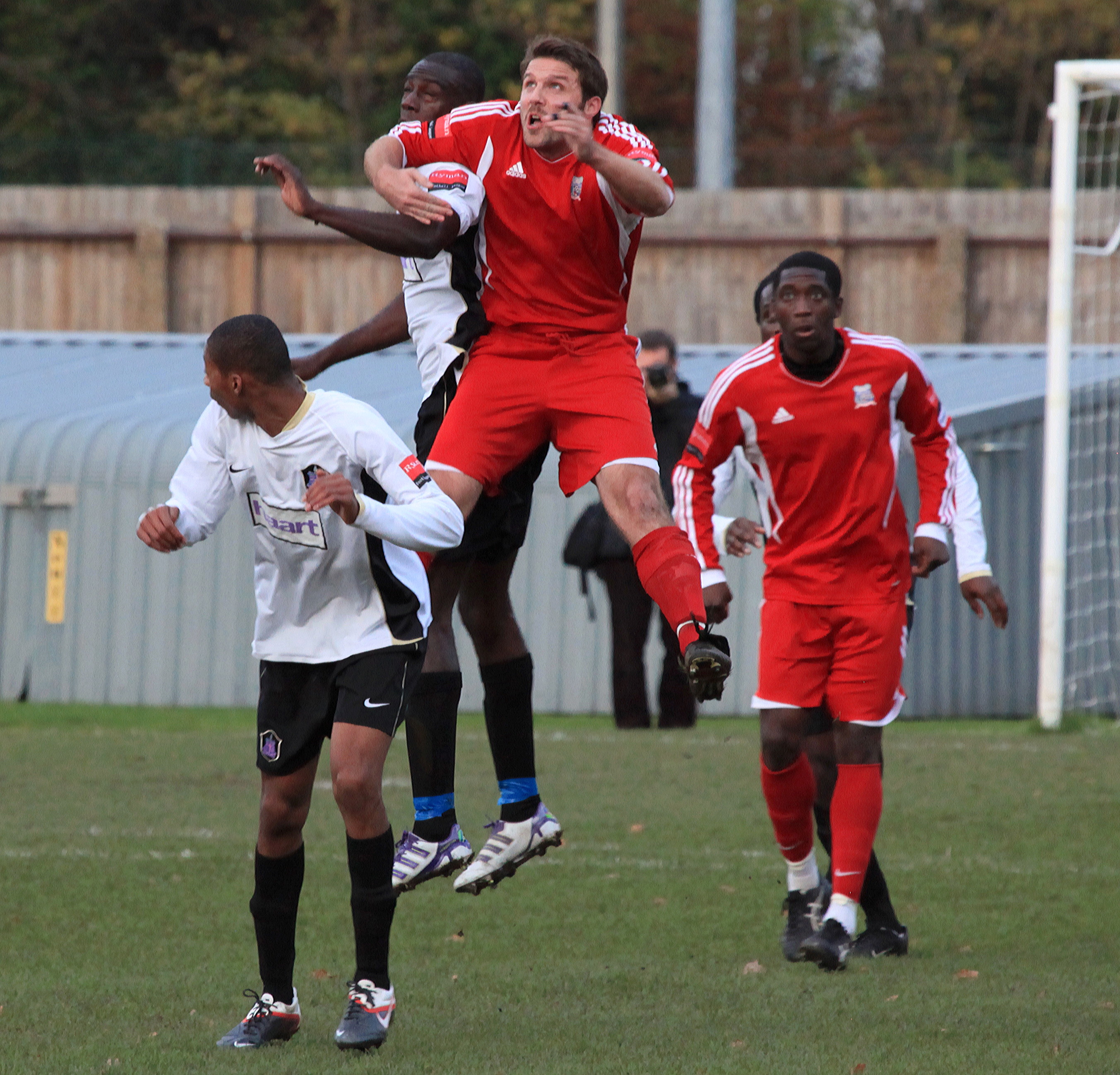 Walton and Hersham 4 Crawley Down 1

Brentford were away at Sheff Wed today and although much tempted, it seemed sensible not to travel being away in USA all next week.  So the question of which non-league game to watch. This season I have been put off Walton as although having watched them since almost 50 years now, their season has been awful and my last couple of visitations have been poor. but today,I thought i would give them a chance. they won last week, their second win of the season taking them off the bottom of the table. Today they were playing the team in bottom place who although only having two points less, have a truly terrible goal diference that would defy many mathmeticians already. Altogether a good game. The crowd I would estimate at 100, no away fans at all that were visible. Walton were in control of the whole game with the exception of the last 20 minutes when having given a goal away they took it easy. Walton actually played well, decent football and took their chances. Crawley Down surprised me by the fact they they too played good football but their defence was woeful. The keeper was ok but their defensive set up was simply not there. Walton had a few good players, all it seems having joined them in the last few weeks. Mark Pattison a midfielder was the best with real skill and great finishing, netting two goals, the keeper was solid and a few others caught the eye. not a great team but not a terrible one either. Burger and chips for 3.90 £ reasonable too.