Archive for the tag “cheeseburger”

IN HONOUR OF ALL OUR BRAVE MEN- WHO ATE BURGERS?

In this day and age of concern over horse meat and equine food accompaniments, on the way to Stamford Bridge this morning to see the might Brentford play, there was tucked away in the arches a burger van selling delicious burgers. The stone inscription above amused me and suggested some degree of bravery should apply to eat burgers there!

IN HONOUR OF ALL OUR BRAVE MEN- WHO ATE BURGERS? 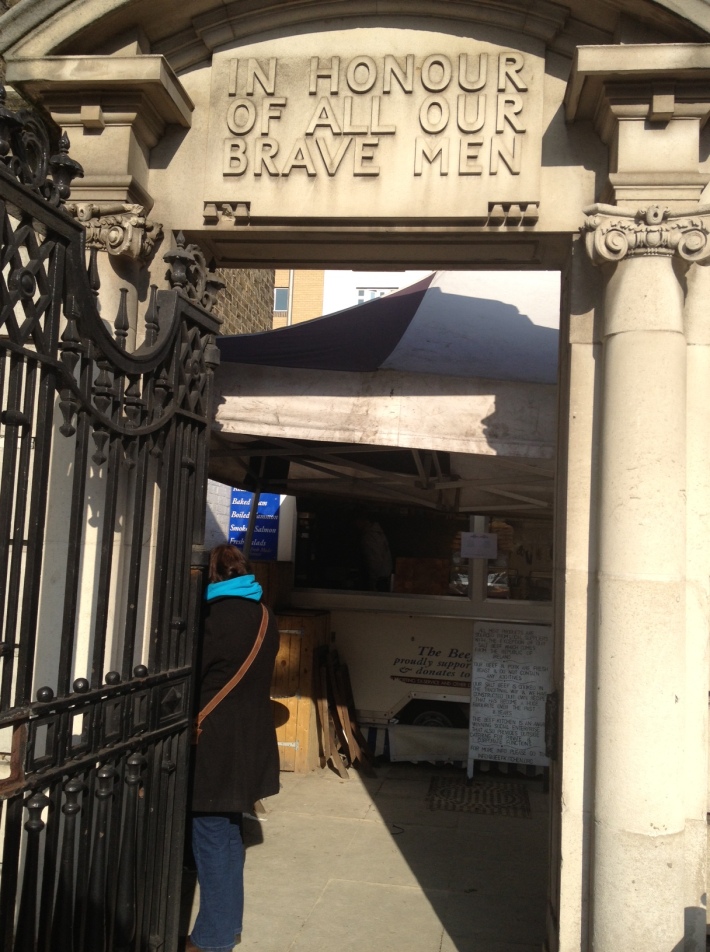 The best that can be truthfully said for this game was that at least Brentford got 3 points. The game was played on a warm sunny afternoon and other than a superb headed goal 5 minutes from time from Clayton Donaldson, there was little or nothing to admire.

I don’t like criticising other football teams but Rochdale were poor. They were poor in the effort they applied, poor in their technical skills and in fact were the worst footballing side I have seen this season. I lost count of the misplaced passes and shots that went over the stadium roof or straight out of play. The only player who could defend Marcus Holness, went off injured in the second half and had a most peculiar hairstyle , like a sort of gothic cockerel. Nil Points for style. In fact I would be amazed if they escape relegation.

Neither midfield did much all game. In fact there was more movement in the respective technical areas from Uwe Rosler and John Coleman than from their respective teams. This was really a dreadful game of football and one hopes that few neutrals were in attendance. To make matters worse Adam Forshaw went off injured with what he reported on Twitter was a fractured jaw. End of the season for him. Jake Bidwell had another excellent game and one hopes we can sign him.

Uwe Rosler did not announce today that he had a master plan, recent ones include giving 2 goals away to Sheff United and Orient respectively, and blaming Crawley Town for a Brentford loss…..I guess the team was our best team out there. No-one played badly. Richard Lee did not have a save to make all game. The only on target effort from Rochdale was in fact the probable elbow that broke Adam Forshaw’s jaw.

So three points were nice, the cheeseburger at Macdonalds was nice, there was somewhere to park and it was warm. So why grumble. The season for Brentford is clearly over. Surely we cannot get relegated from this position of 50 points, no chance of promotion. Some nondescript games coming along.

Clinton Morrison made his debut for the last 10 minutes and for me contributed to the goal with his movement off the ball. So we honour him with an I phone photo. 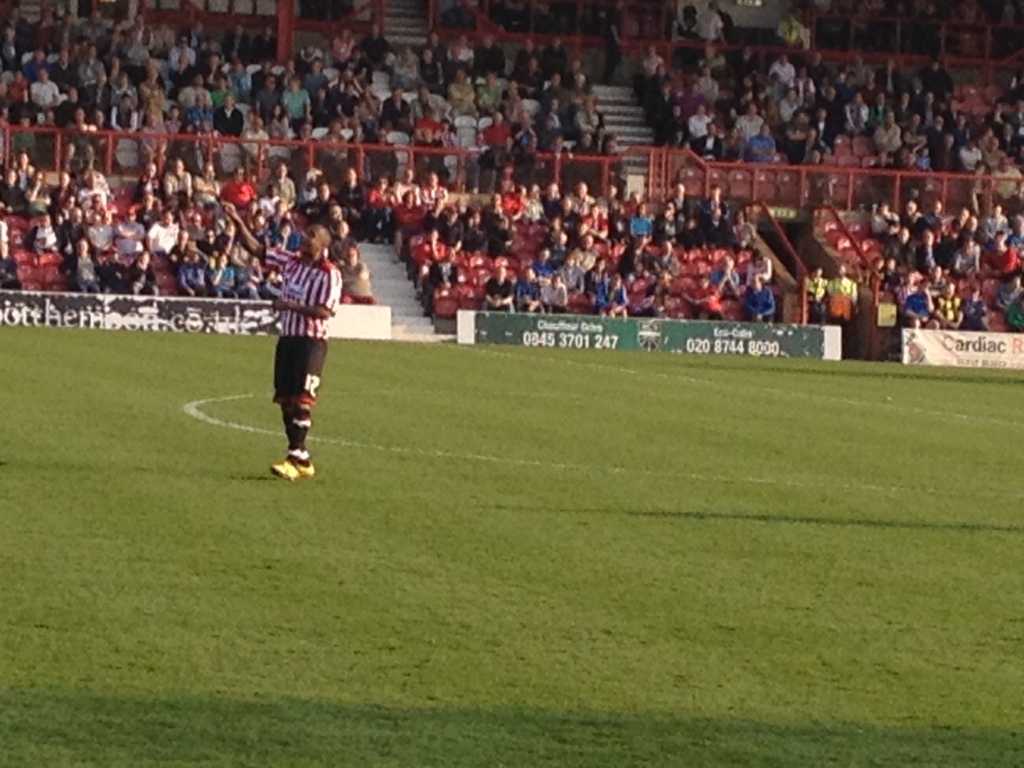