Ipswich 1 Brentford 1. A good point for Bees but should have been three . Some good signs for next season

Being fortunate enough to photograph the game one gets fairly close to the action and able to see some of the little things that might get missed. Let me start with the highly supportive nature of Dean Smith to all his players after the game, and also the embrace between Toumani and himself.

A fairly wet night and a fairly boggy pitch certainly not of the Griffin Park standard. Ipswich is a very friendly club and when arriving to collect press pass one is greeted by a serious of smiling and mischievous souls in the ticket office, all wearing smart clean blazers and ties. In fact I cannot fault the Ipswich club at all. Nice people, who deserve a good and decent football team. Whether they deserve mick McCarthy as a manger is a separate question. The fans I spoke to were mixed in their views.  Inconsistency of the team was a common theme. As a negative though the entrance price of 35£ for adults is excessive, 25.50£ for concessions, and 24.50£ for under 20. There is no need to charge these prices. 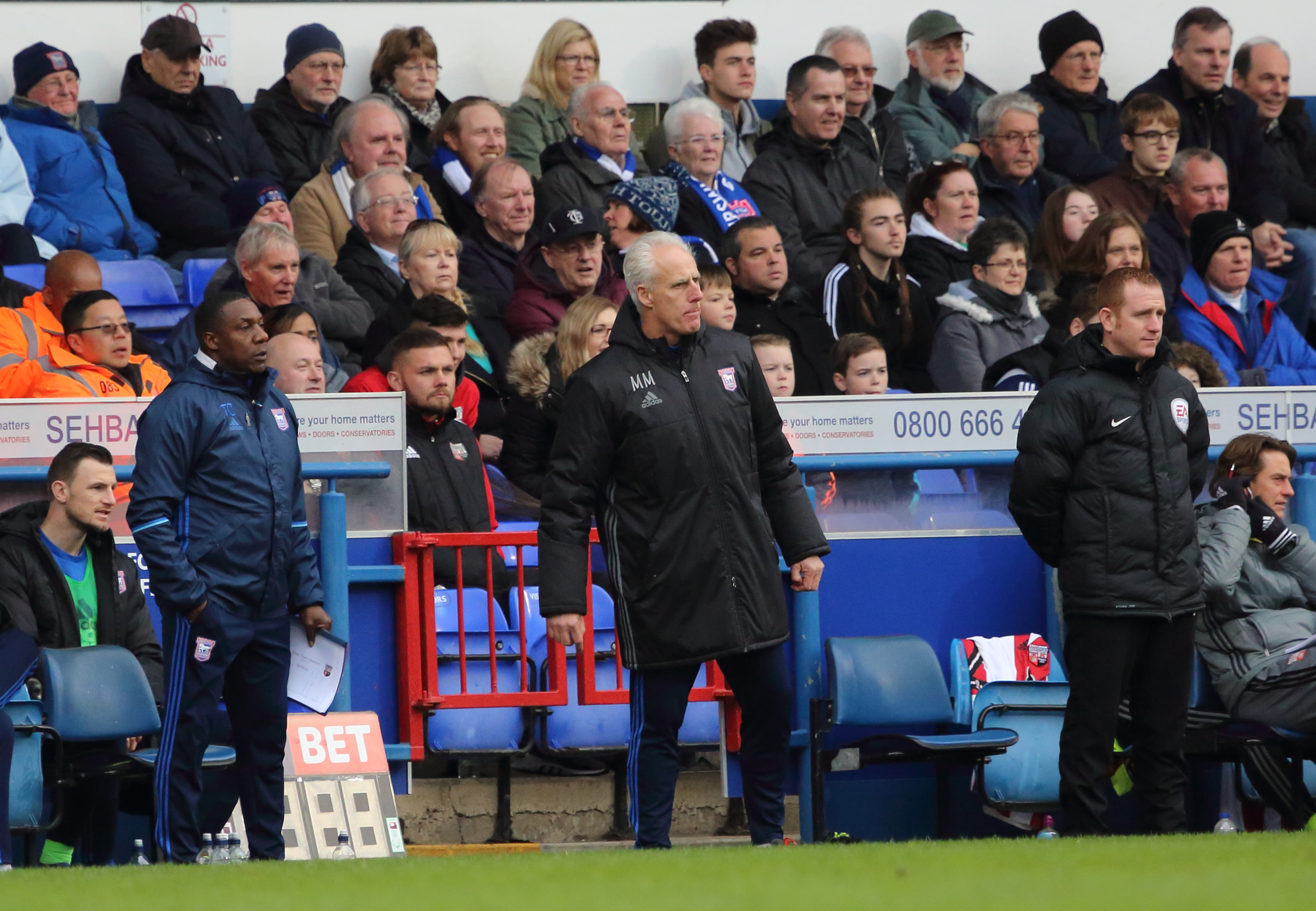 There are plenty of good match reports online so no need for me to repeat much. This game was not a classic but was fully competitive until the last kick of the game. Although both sides are truly mid-table and arguably satisfied with a point, even in the 4 added minutes both pressed for a winner.

The goal was a nice pass from Romain Sawyers and a neat finish from Yennaris.

Brentford played the better football. Ipswich did a lot of shirt pulling and pushing and a few dubious tackles and manoeuvres . Maybe someone in the FA or the Referees select committee can explain to me how this “rugby league” tackle ( illegal even there and seriously punishable in the NFL in USA) was not given as a foul. The role of assistants talking to the referees arises weekly. How this was not given as a foul against Vibe I am unsure. 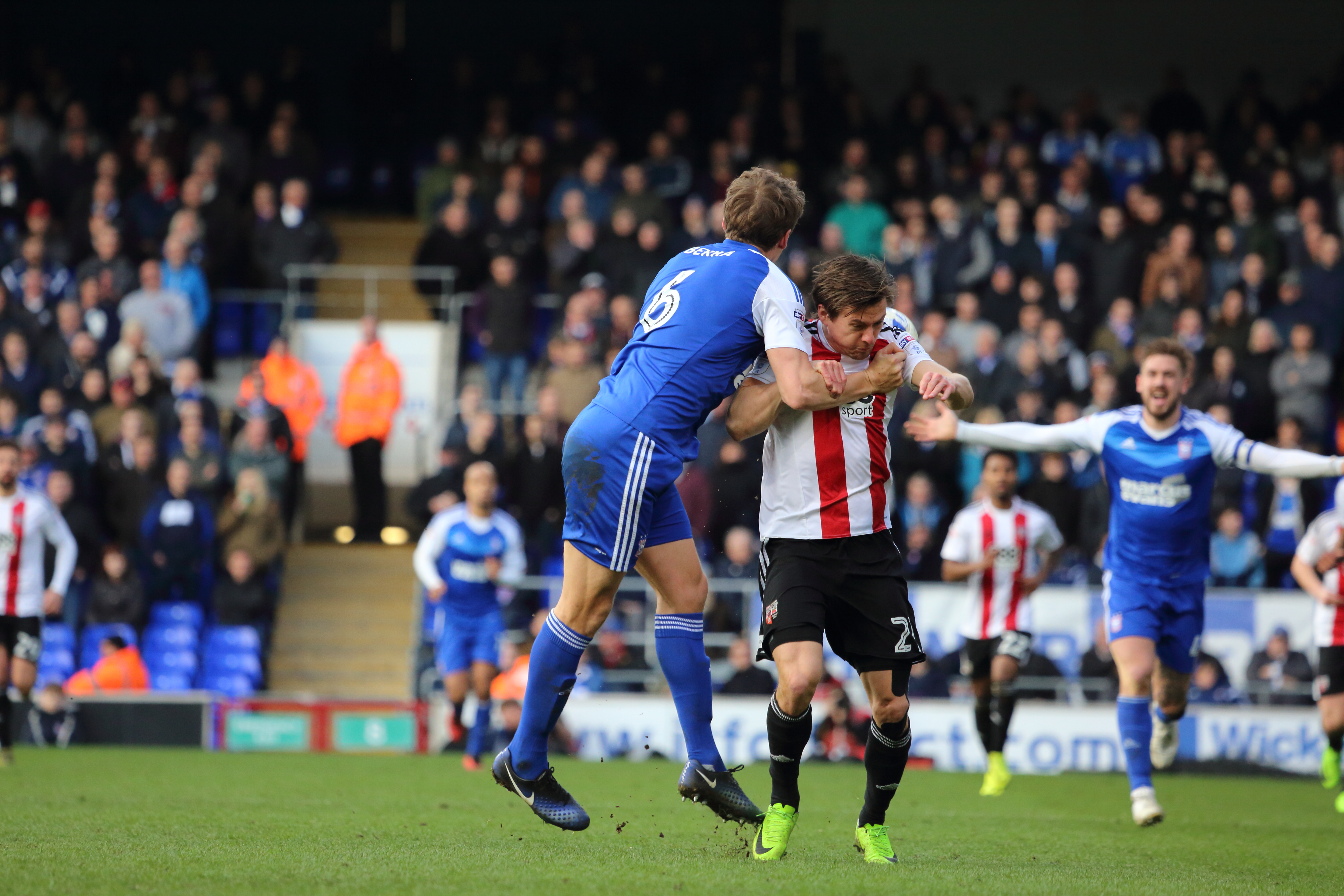 An interesting style of tackling from Ipswich

Brentford looked well set up with Woods looking more solid and winning more than his share of the 50-50 balls. The full backs looking better with every game. Maxime Colin has improved enormously this season. 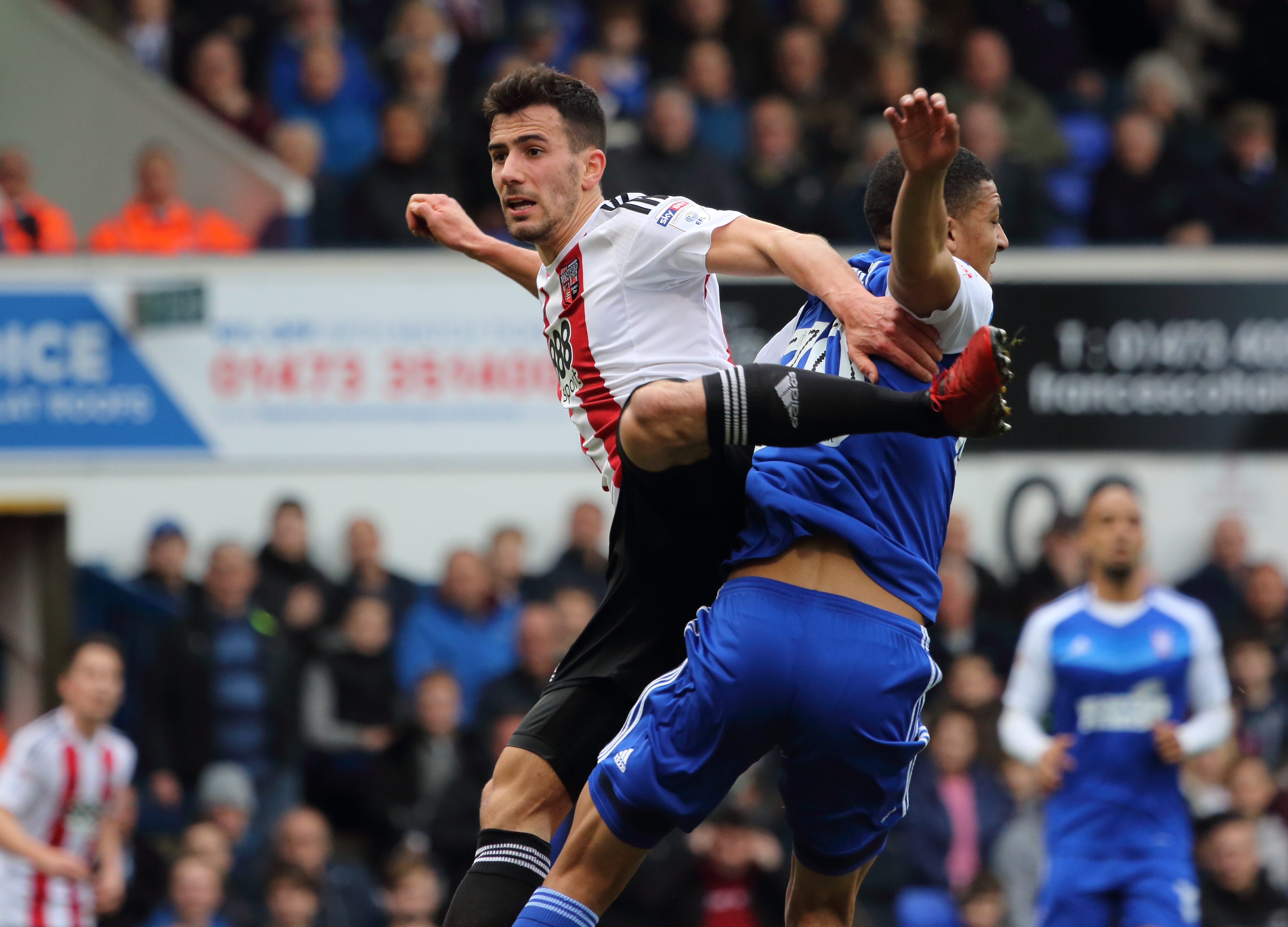 Bjelland went off injured, without having an inspiring game, and Barbet came on, who still looks suspect to me. 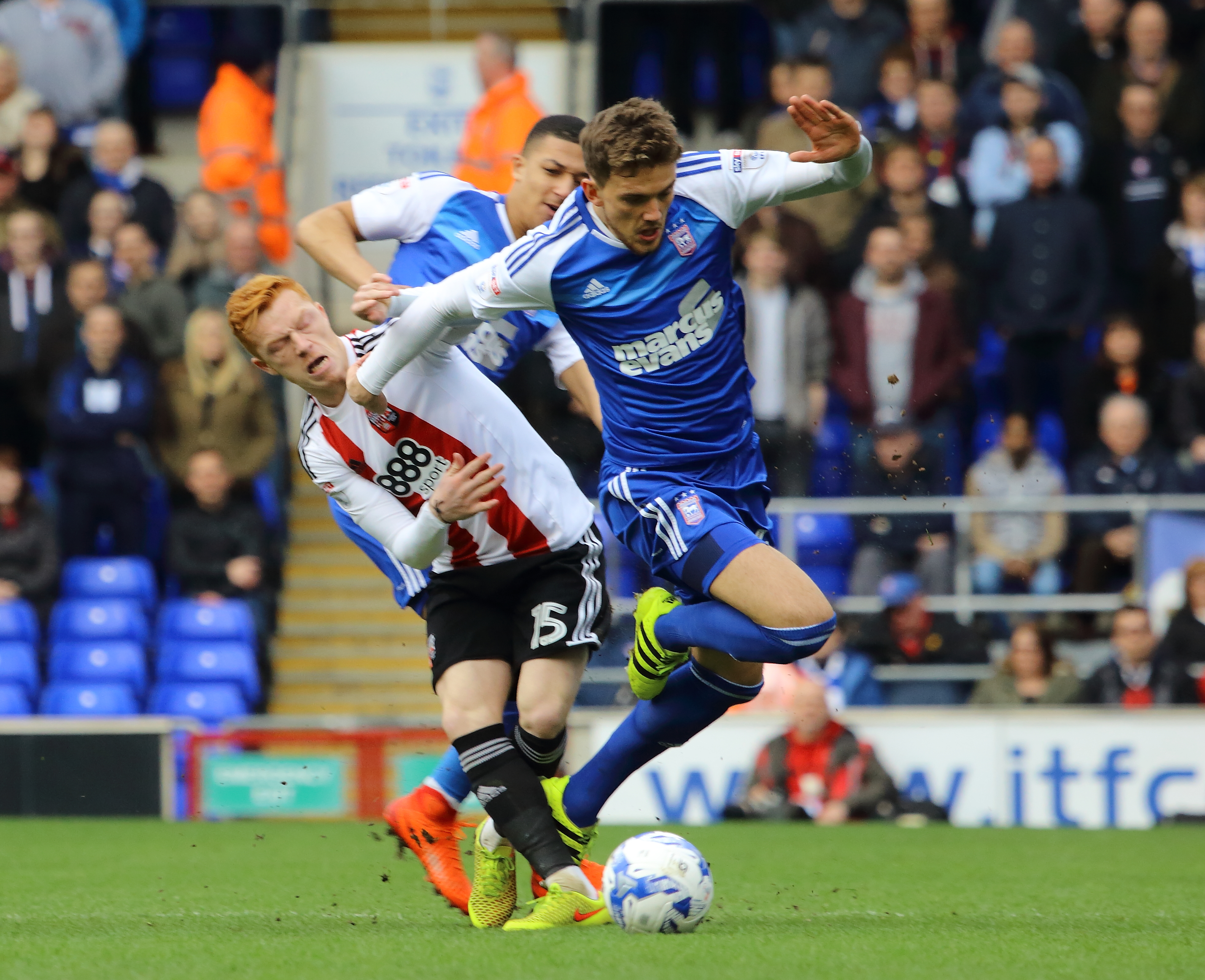 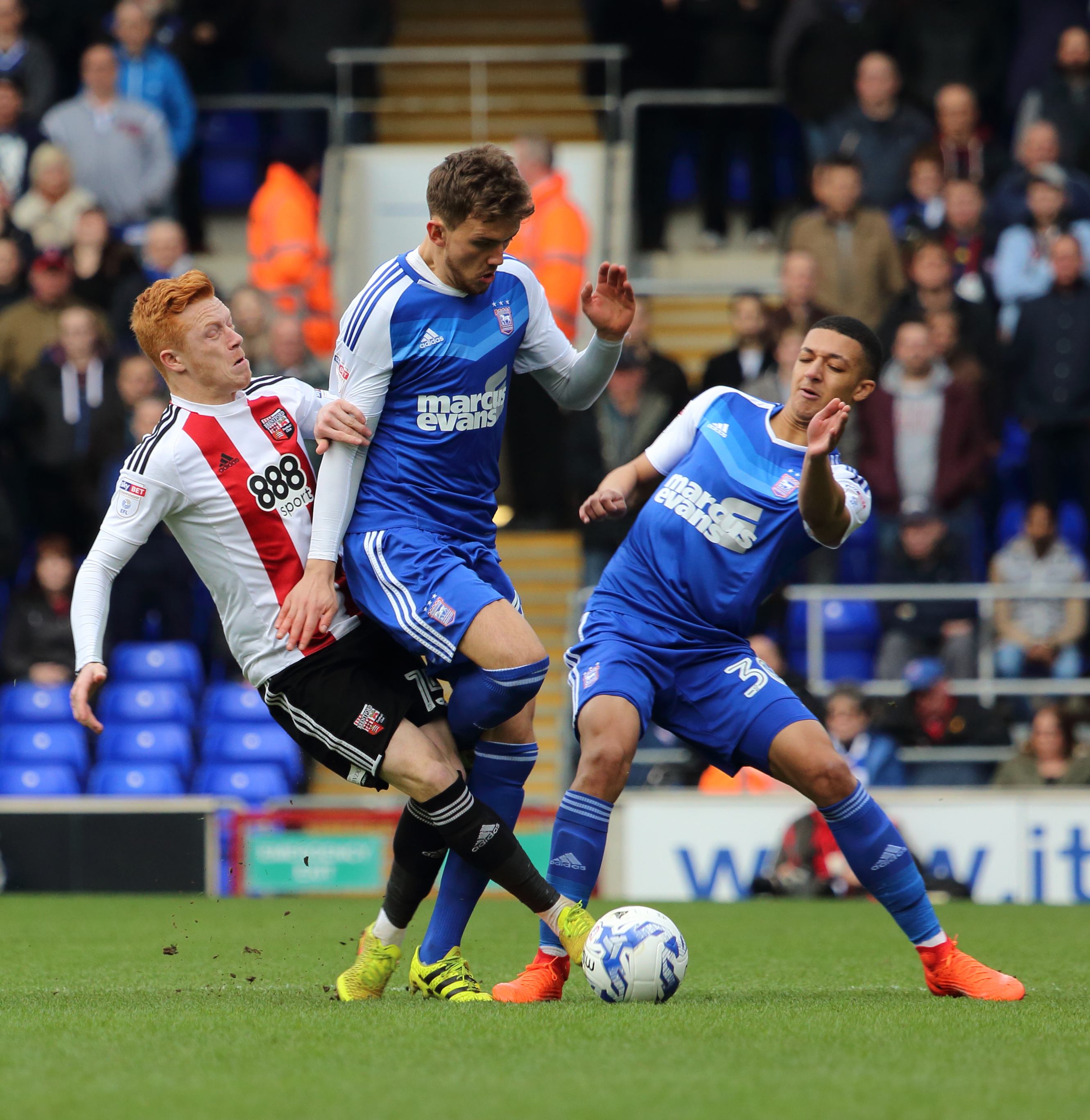 Justin Shaibu had 20 minutes and as against Rotherham caused all manner of problems to the Ipswich defence and was unlucky not to score. The days of Hoffmann are truly over and he needs to move on. 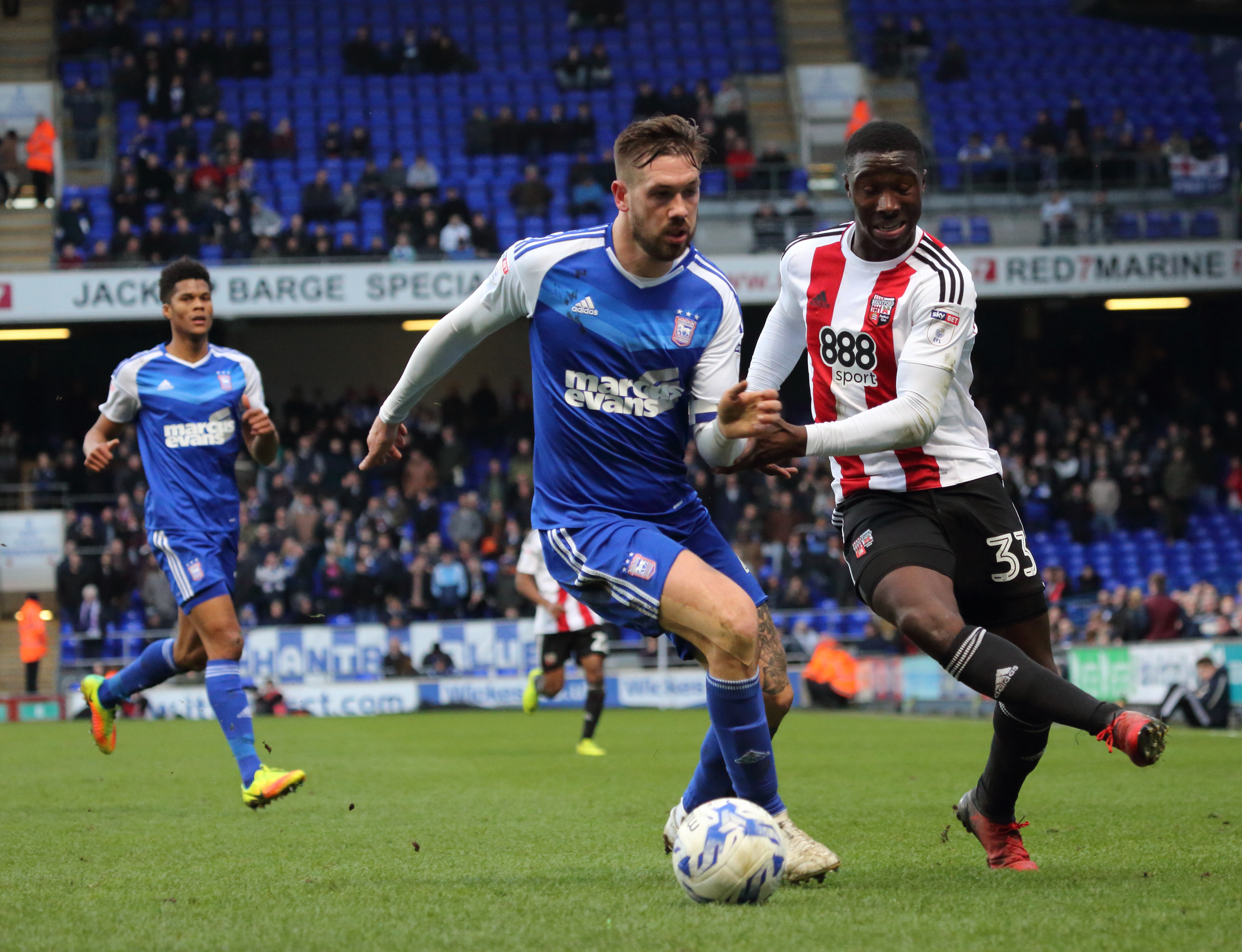 So I take away a lot of positivity in this team and performance. The sort of game a while agao that Brentford would not have drawn. The worry remains over the number of goals conceded. This will improve.

Sergi Canos is such an exciting talent and could be a truly great player. 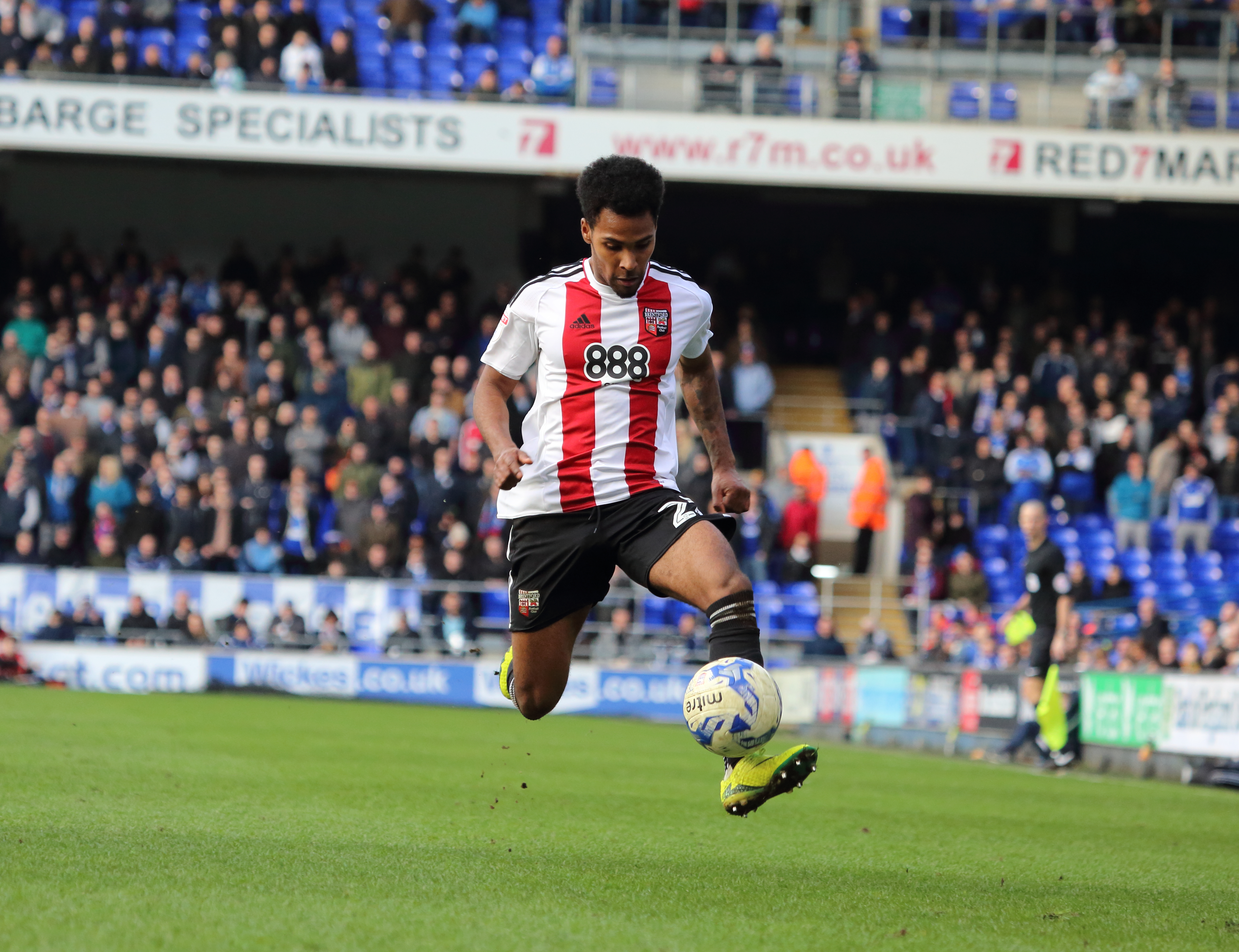 2 thoughts on “Ipswich 1 Brentford 1. A good point for Bees but should have been three . Some good signs for next season”