For complicated reasons I had to catch the 4.13 am train from Aachen to reach Düsseldorf airport . I could have  got a direct service if I was prepared to take the 2.53 am train. 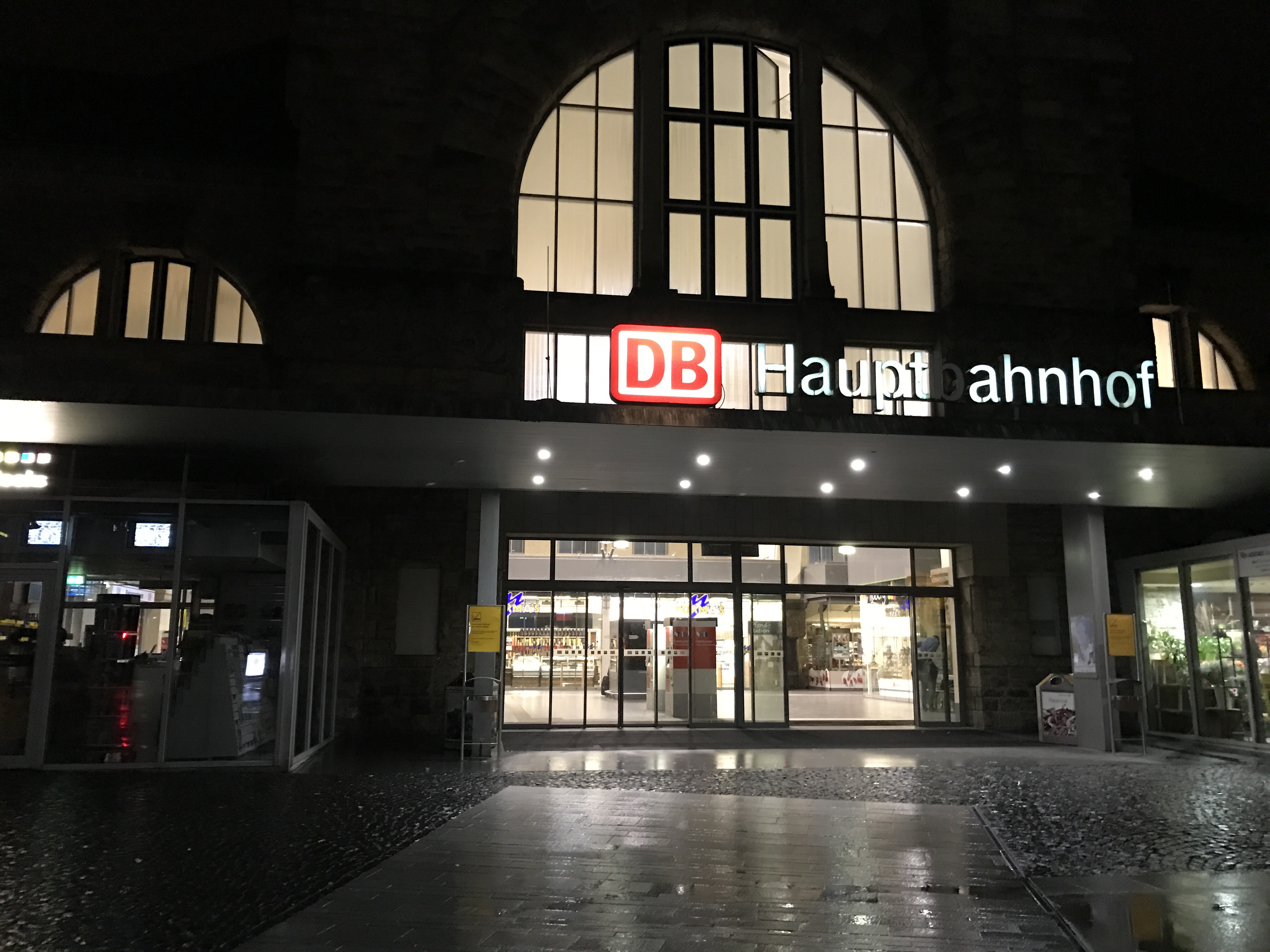 Aachen station was thankfully open and a curious mixture of travellers greeted me. A few sleeping on benches and a few on the concourse itself. No shops of course were open and the only entertainment came from some Rap music a young guy was playing through his portable stereo system.

The train itself was empty and took an unusual meandering route via the Dutch border. Ticket inspectors looked alive and well with energy levels suggestive of a caffeine overdose. A few passengers joined the train at the quiet stations however mostly this was my view during the journey.

Why do these night trains run? I am not sure. To provide a service for sure but do they also collect fellow rail workers? The trains to some extent run through the night.

Even by 5.34 am at Düsseldorf the station remains quiet with only seemingly one other passenger adorned with suitcase heading presumably to the airport. 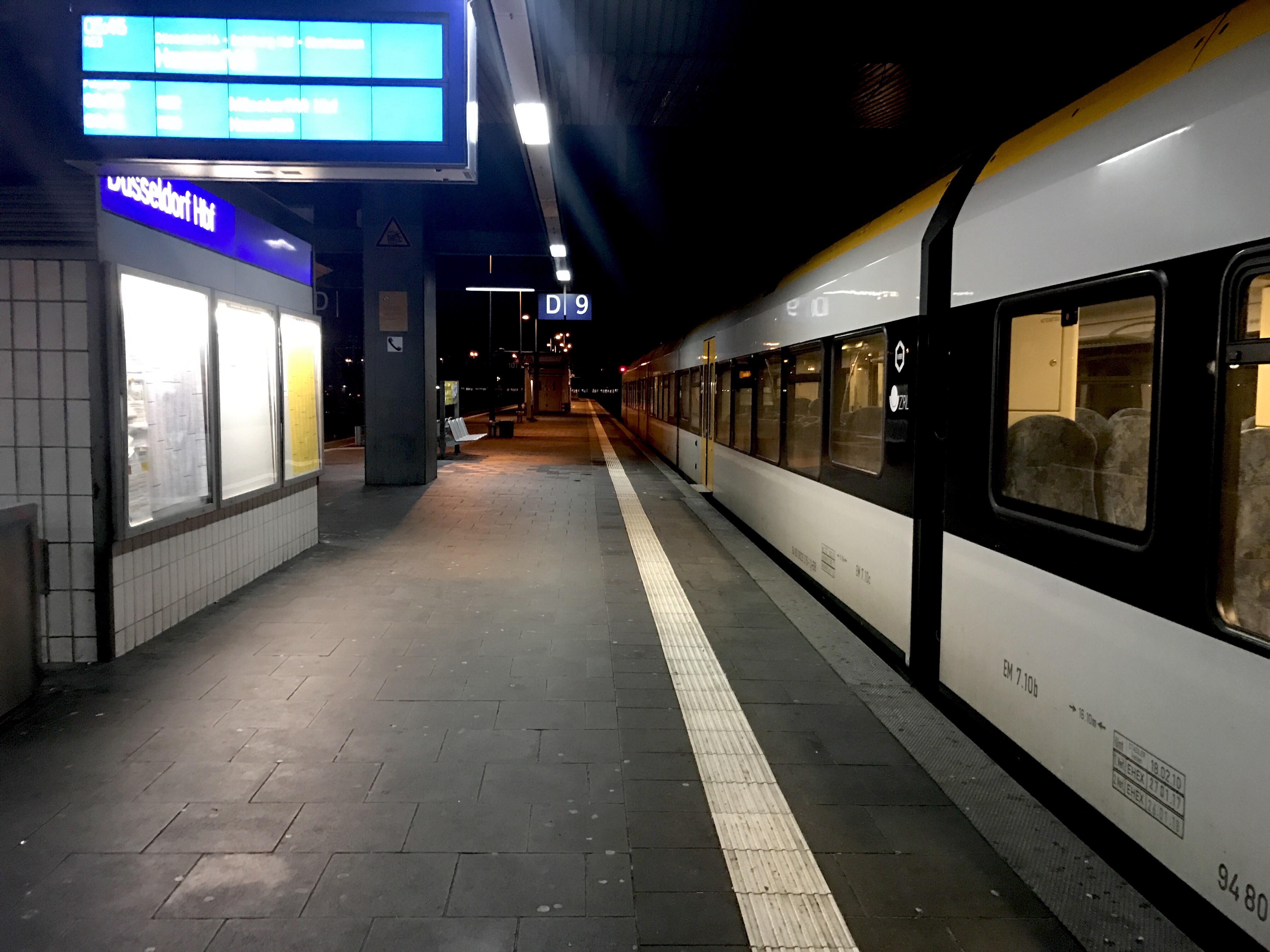 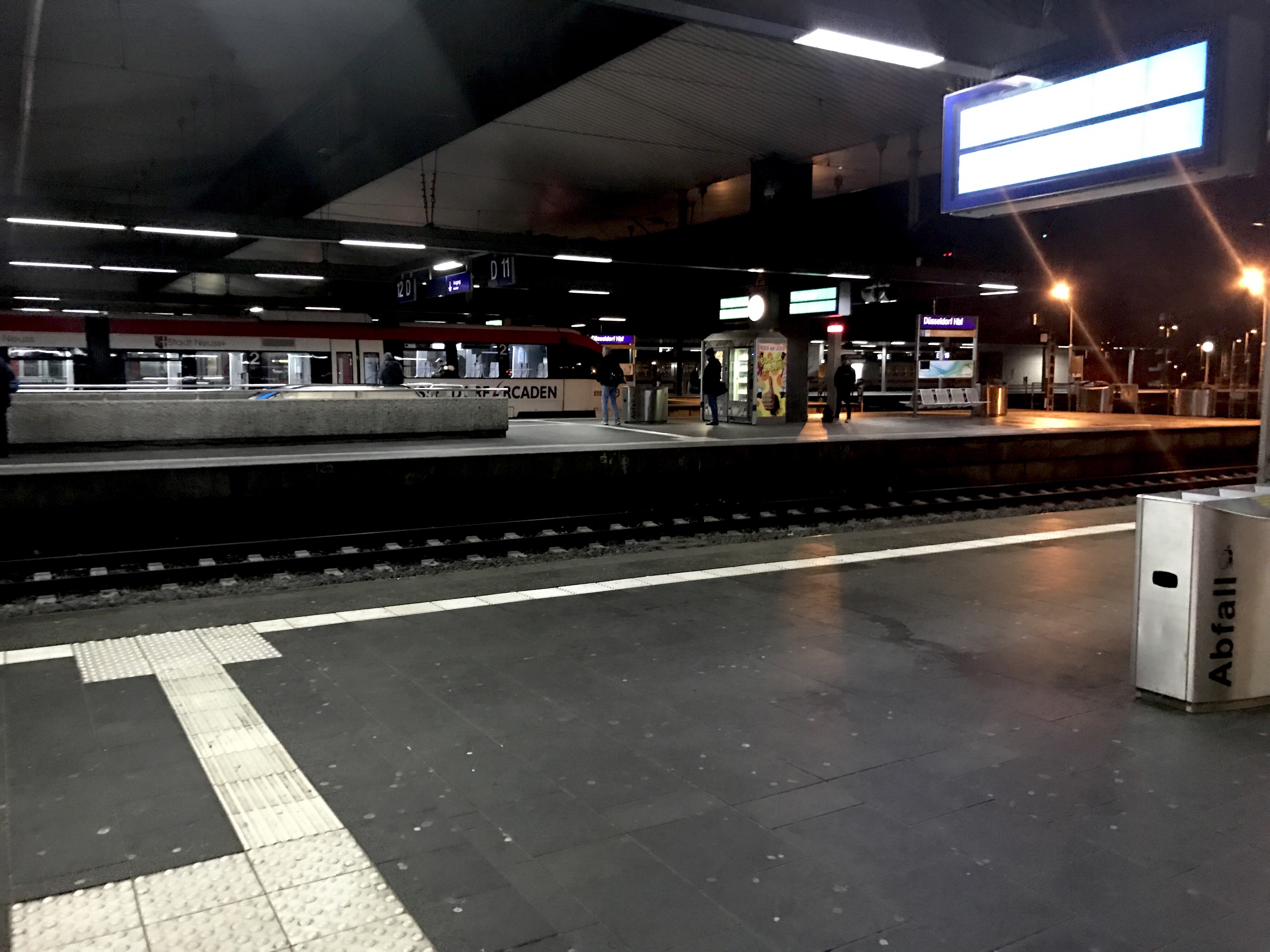 Thankfully the trains are mostly on time which has not always been my experience with German trains. But for me I remain grateful for night train travel

One thought on “Night Travel on German Railways. A curious activity”