Eastleigh have one of the largest budgets in the conference if not the largest . Yet they sit in 15th place in National League. Two places below minnows Boreham Wood and four places below Bromley. A mid table finish will not be regarded positively especially as after handing Martin Allen a huge contract only months ago.

The club have not disclosed the reasons behind the termination of contract but nothing yet points to anything other than poor results including a 1-0 home defeat to Macclesfield last night.

Fourteen games in charge do not suggest the club has much patience with poor results. Especially after 7 games without a win and winning only 2/14 games. The next manager will be the fourth of the season and fans may well ask who is doing the choosing and why such poor choices. The type of manager chosen seems the experienced type but not the up and coming younger managers with flair. Chris Todd and Ronnie Moore are well within the former category.

Decision making also seems not a forte of the club with Allen getting rid of 19 players and bringing in 13 new faces in only 84 days. Let’s see what happens next. Maybe a learning that success rarely  can be bought overnight and stability is often key as is a manager who can truly motivate his team. Martin Allen when at Brentford was regarded as one of the best motivational managers they ever had although tactically not always supreme. Has he lost that knack? Will he manage again? Or is this farewell? 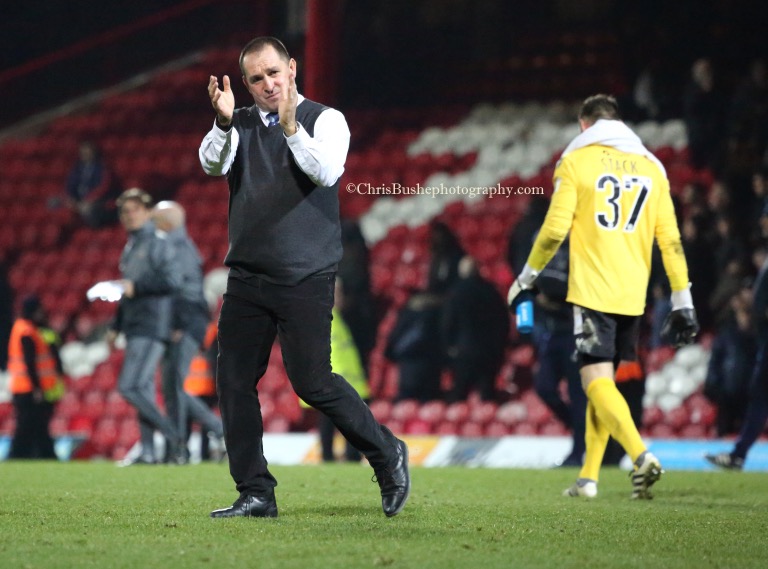 One thought on “Martin Allen Sacked by Eastleigh”