Sundsvall is a small coastal town with a population of around 100,000 in what is described as mid-sweden. 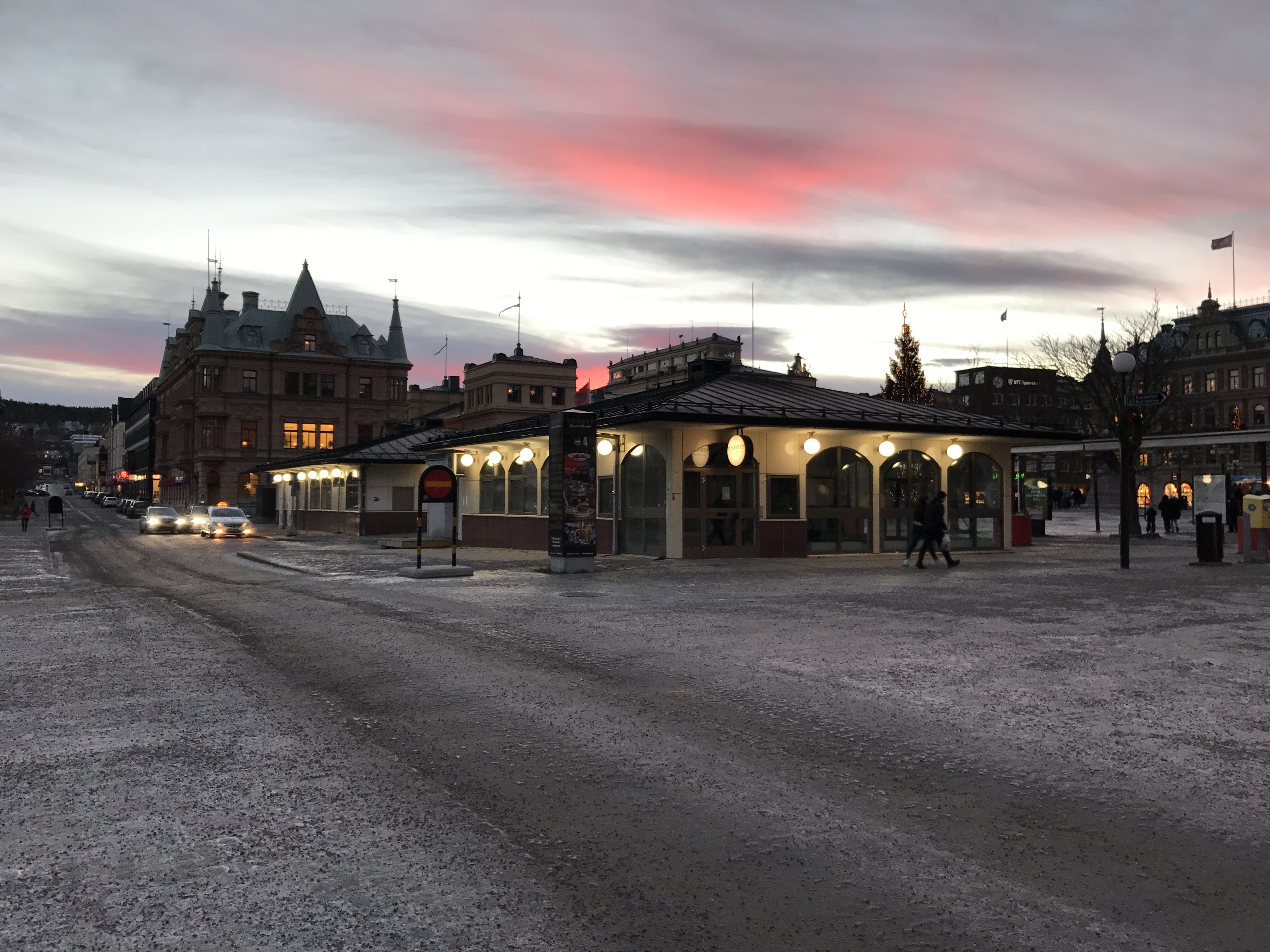 By train it is about three and a half hours from Stockholm on a comfortable direct SJ express train . With the return journey costing only £90 in first class making it somewhat cheaper than for example an equivalent UK train journey. Curiously when booking online around two weeks previously first class was significantly cheaper than second class. 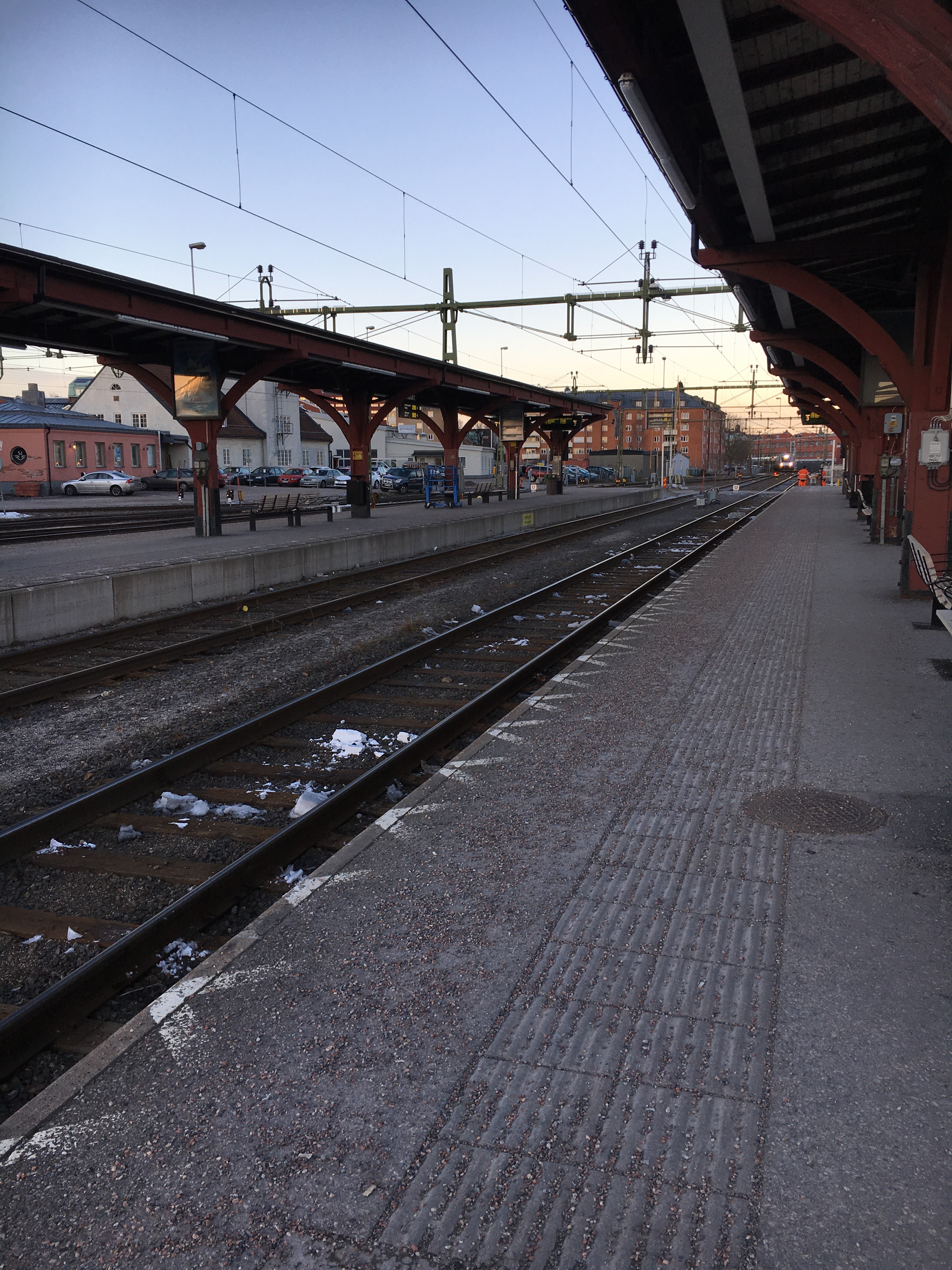 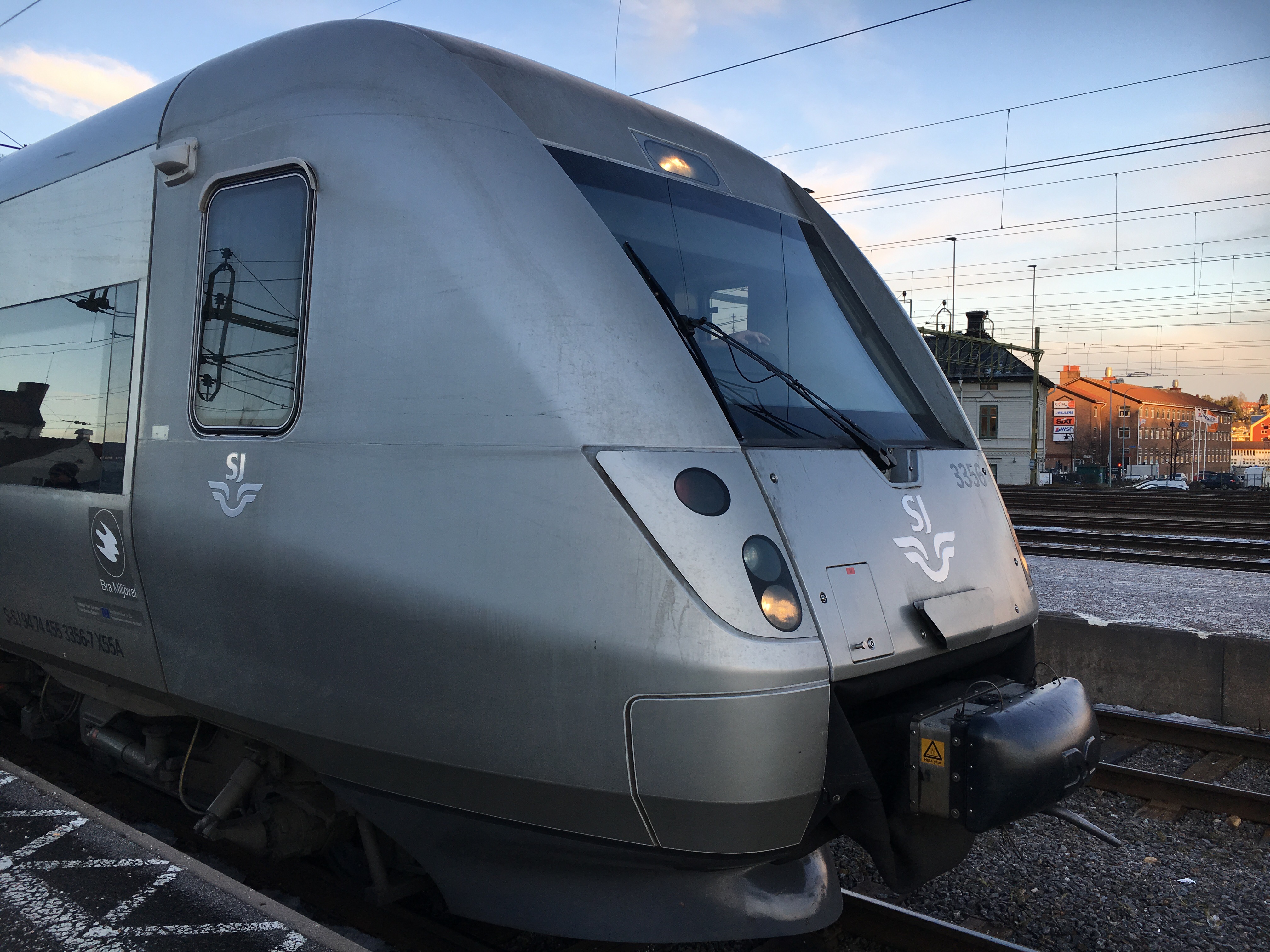 The booking process online took minutes and the ticket is sent as a PDF almost immediately. In the first class carriage there was free wifi with high speed for the first 200 mb. Free coffee and cakes .

Was there anything not to like? Maybe two things that might be improved on. Sweden is hardly a warm country and in early December temperatures generally are around freezing all day. So why make travellers wait until 10 minutes before departure on a freezing cold platform to be allowed to board the train? Secondly the platforms at Sundsvall were badly gritted with patches of black ice widespread. Better gritting or salting would be something to consider. 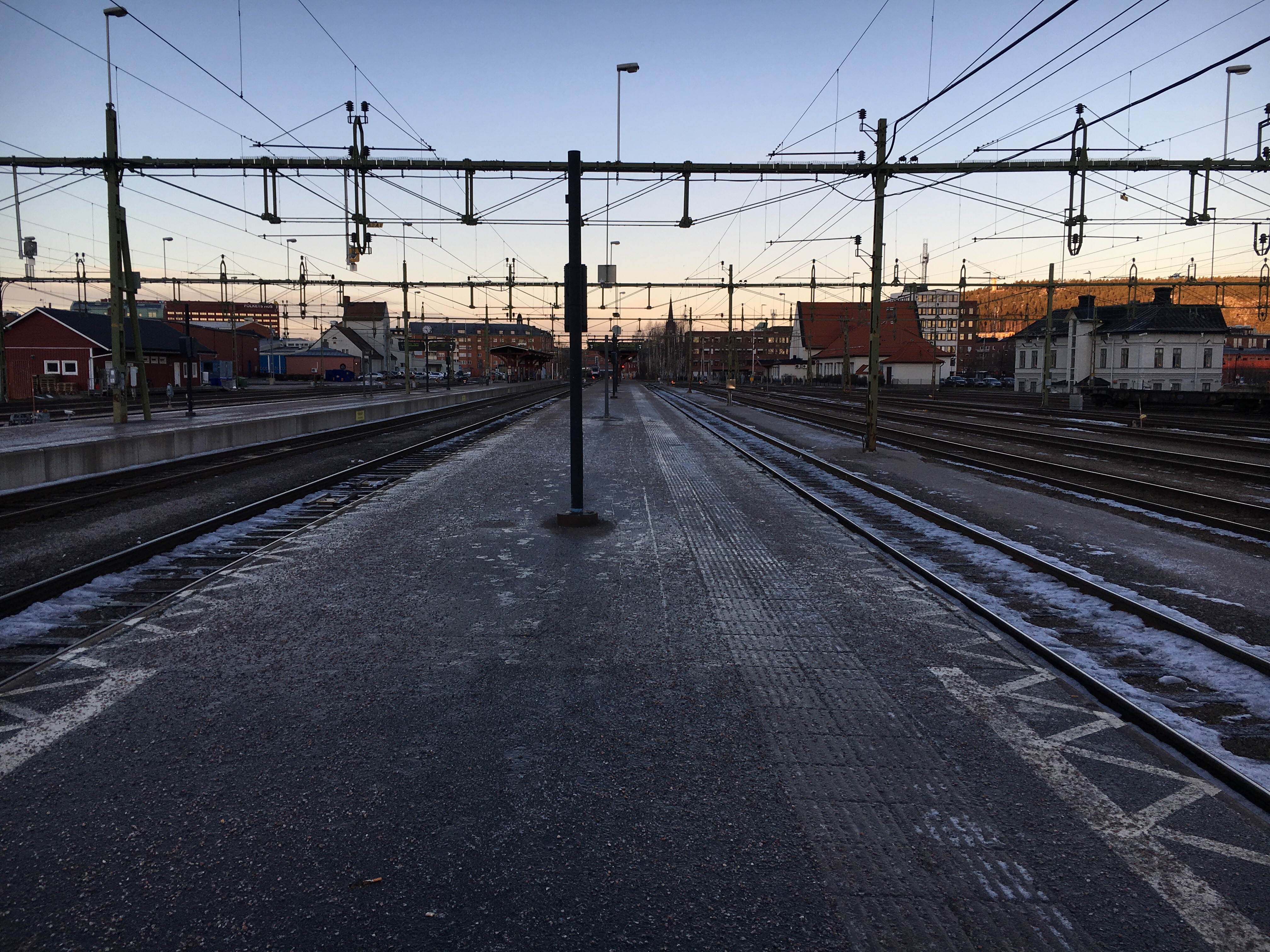 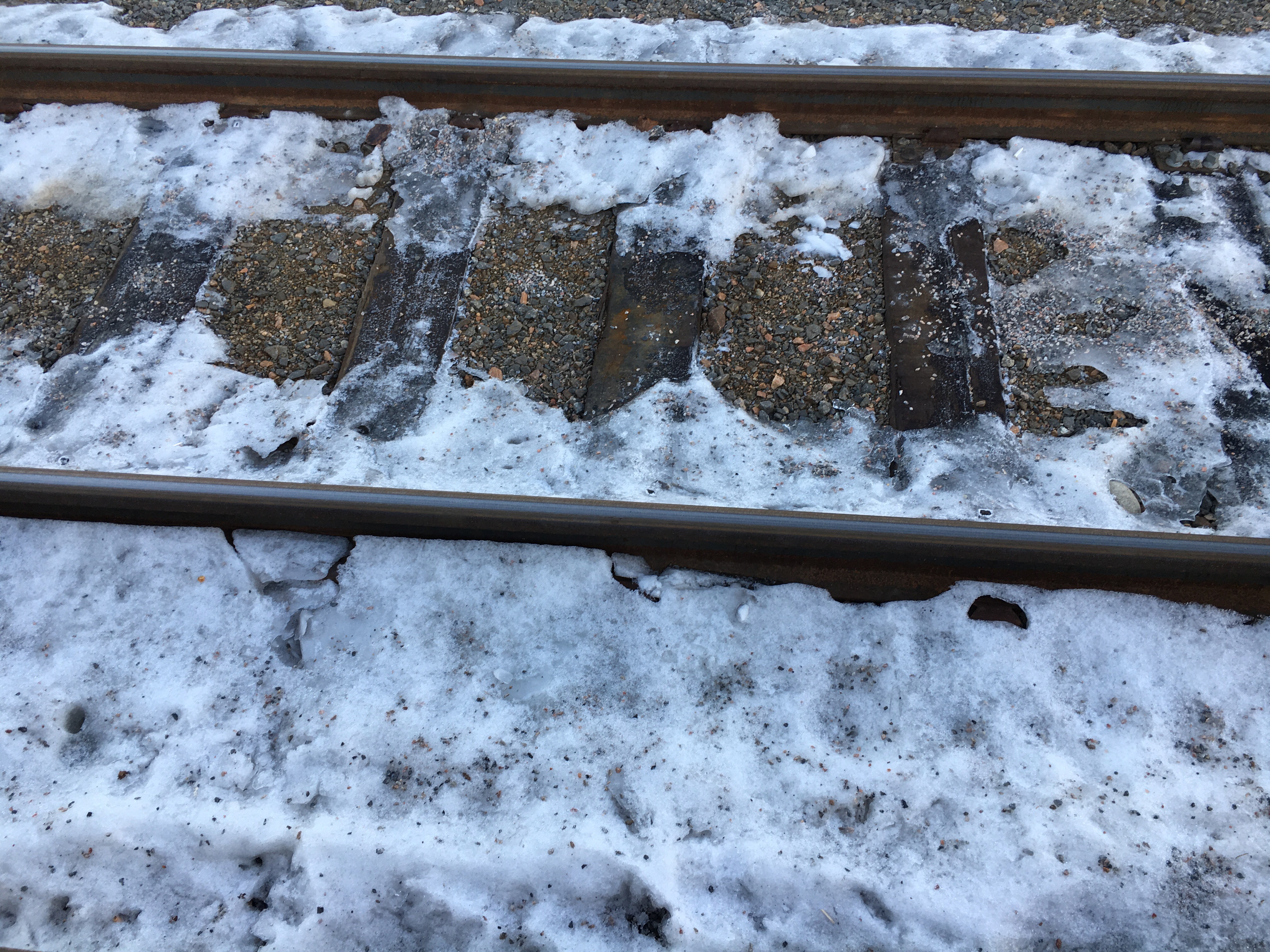 On the positive side the stations have superb catering facilities and even the small Sundsvall station had an American style restaurant serving an all you can eat pizza buffet for around £9 with good salads too. An additional £1 gave unlimited soft drinks.

Train travel in Sweden is well organised and there are always information screens with departure times and platforms. Train for me was not only significantly cheaper but a more pleasant way to get to Sundsvall from Stockholm than by air. And in reality took only a little longer if at all. 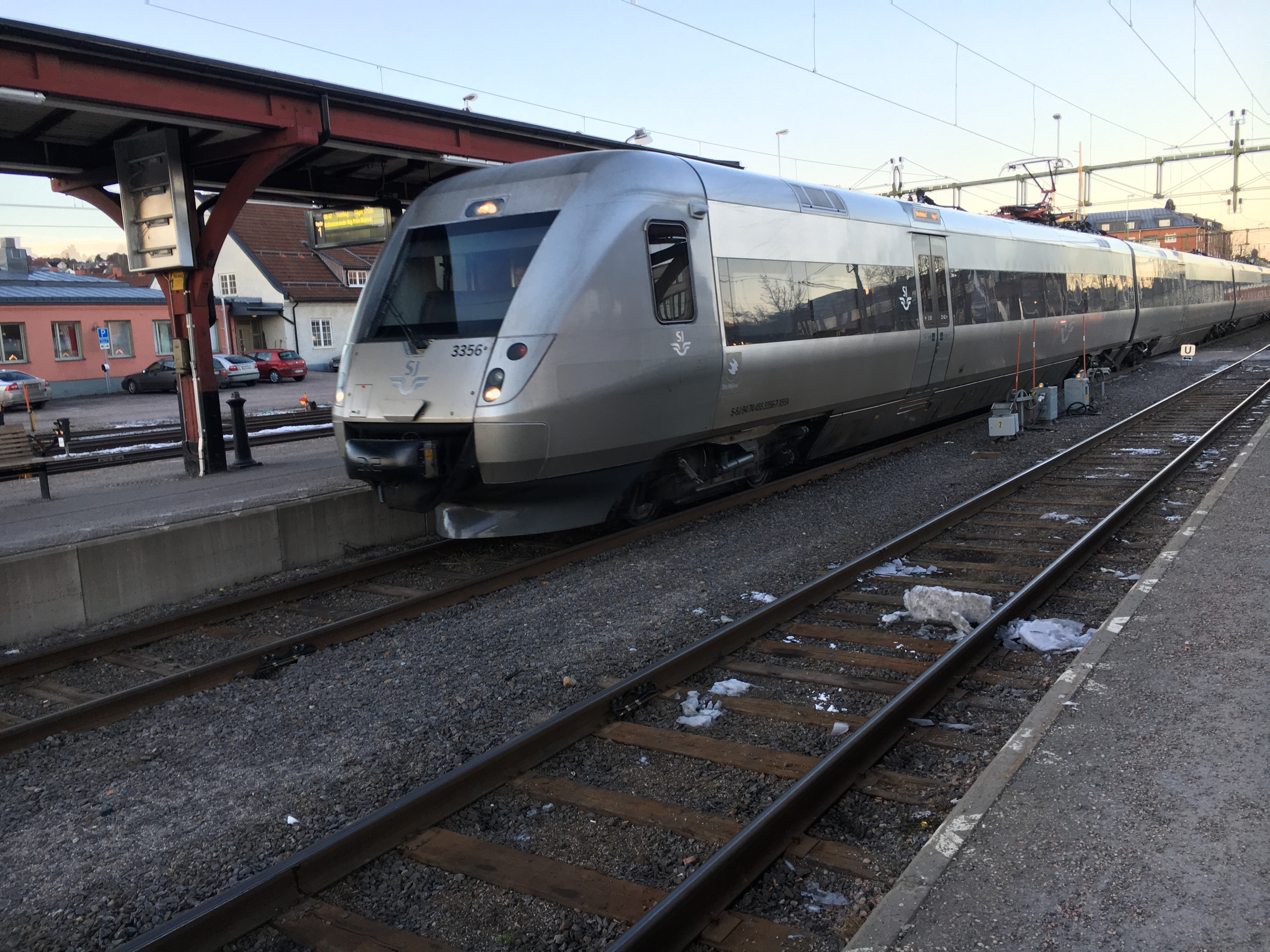