Wandering Around In Wolverhampton. A day out at Molineux.What is it like for away fans? And Hoffman was 15/2 to score the first goal. Wolves 3 Brentford 1

Lets start with the game. This was not a classic at all. The first half was low tempo and there were  serious indications that 0-0 might suit this game. The second half revolved around Brentford essentially giving three goals away. The first and most important one was an error by josh McCeachran giving the ball away and Wolves run 65 yards and score. The second one Daniel Bentley will be dissapointed not to have a free kick, and the last one when Brentford were chasing an equaliser was a typical last minute breakaway goal. This was never a 3-1 game and in fact 1-1 might have been a fair reflection of the play. Brentford were not at their best today and the midfield contributed little either creatively nor goal wise. The Brentford goal however was a beauty, a shot from Kalkai that was unstoppable. Wolves were not that great and seemed to be auditioning to be a mid-table side. The crowd of 20,000 contained 631 Bees who made a decent amount of noise.

The referee was abysmal. all 20,000 spectators were agreed on that one. He failed to see a clear Wolves handball in the penalty area that I saw from maybe 75 yards away. The linesman too. I despair about officials these days. 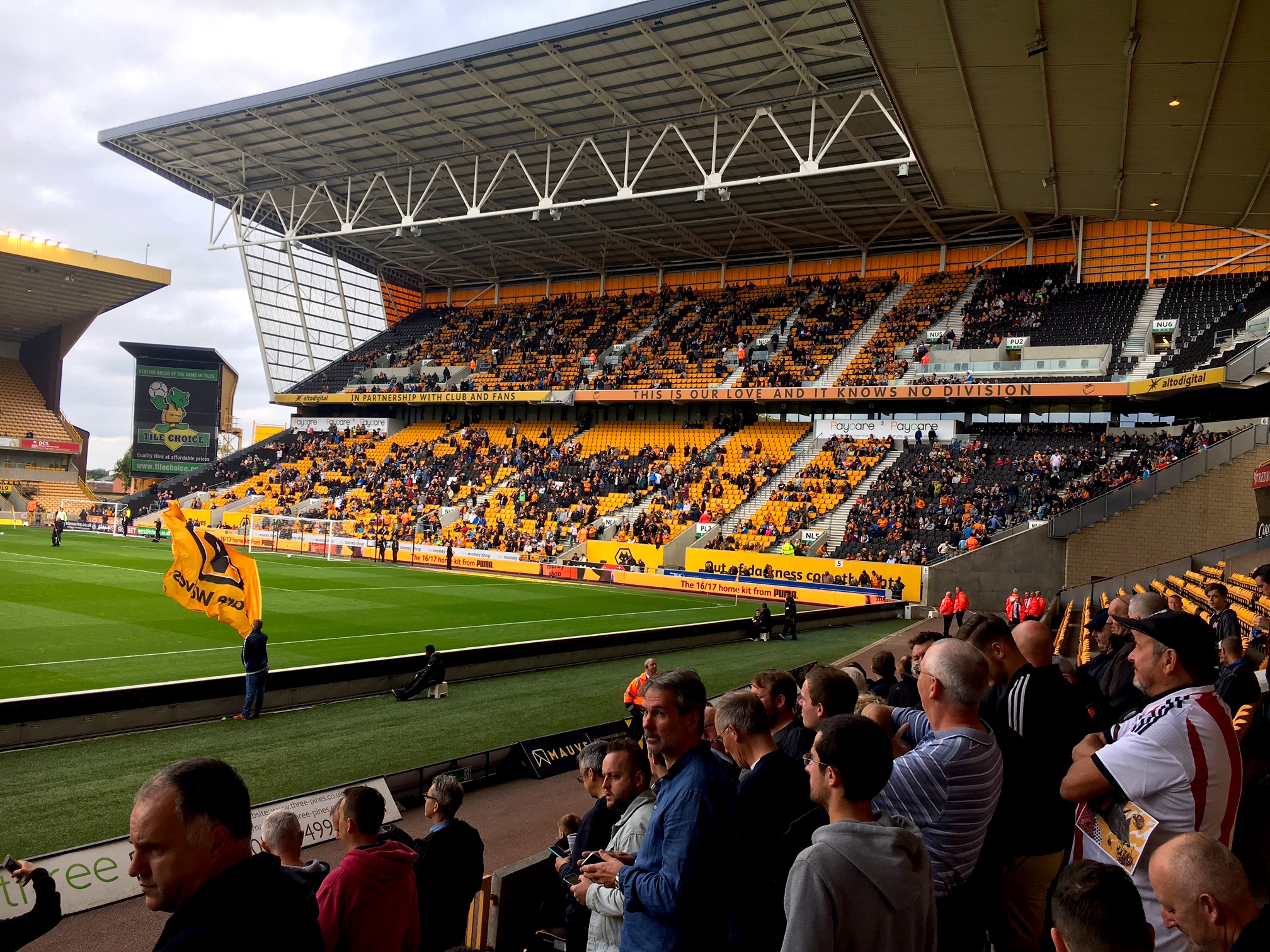 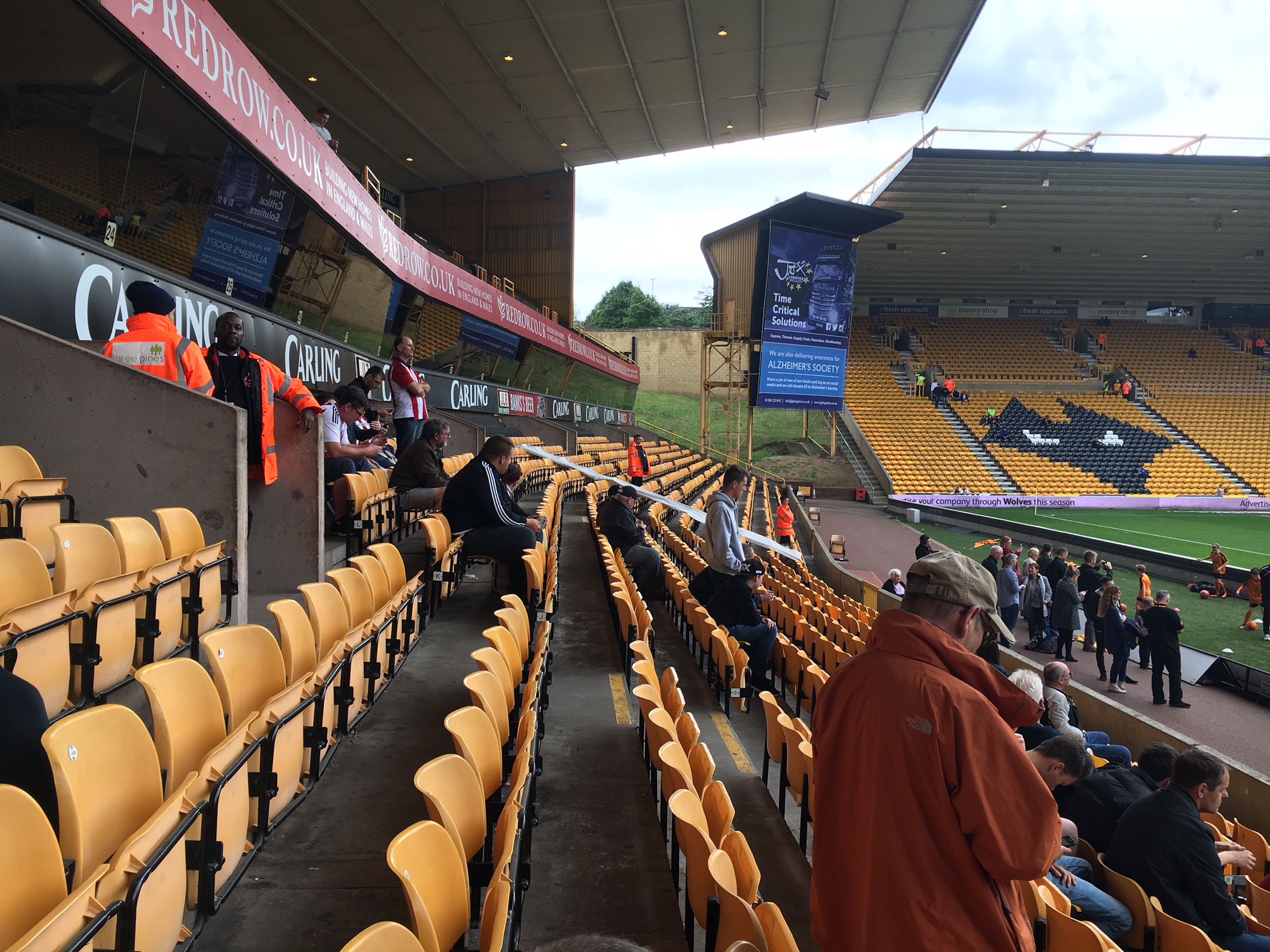 Molineux is a decent ground and the fans/stewards a friendly bunch. The cost of 30£ though was at the steep end, though not as much as the 43£ being charged today by Sheffield Wednesday. The ground is on the edge of town and essentially in the University campus area, surrounded by university buildings and flats. An ASDA completes the splendour. This is a real city ground. Parking is easy enough and £5 will buy you a parking space in one of the local car wash sites and decent travel advice would be to enter the city via the M54 so taking the long way round. The club strive to keep their young fans happy and there was a small fair ongoing in the car park area of the ground which contained amongst other things the smallest Nando’s in the world. Other unusual sights included a barbers shop as part of the ground. Does any other club have a barbers shop integral in the ground? 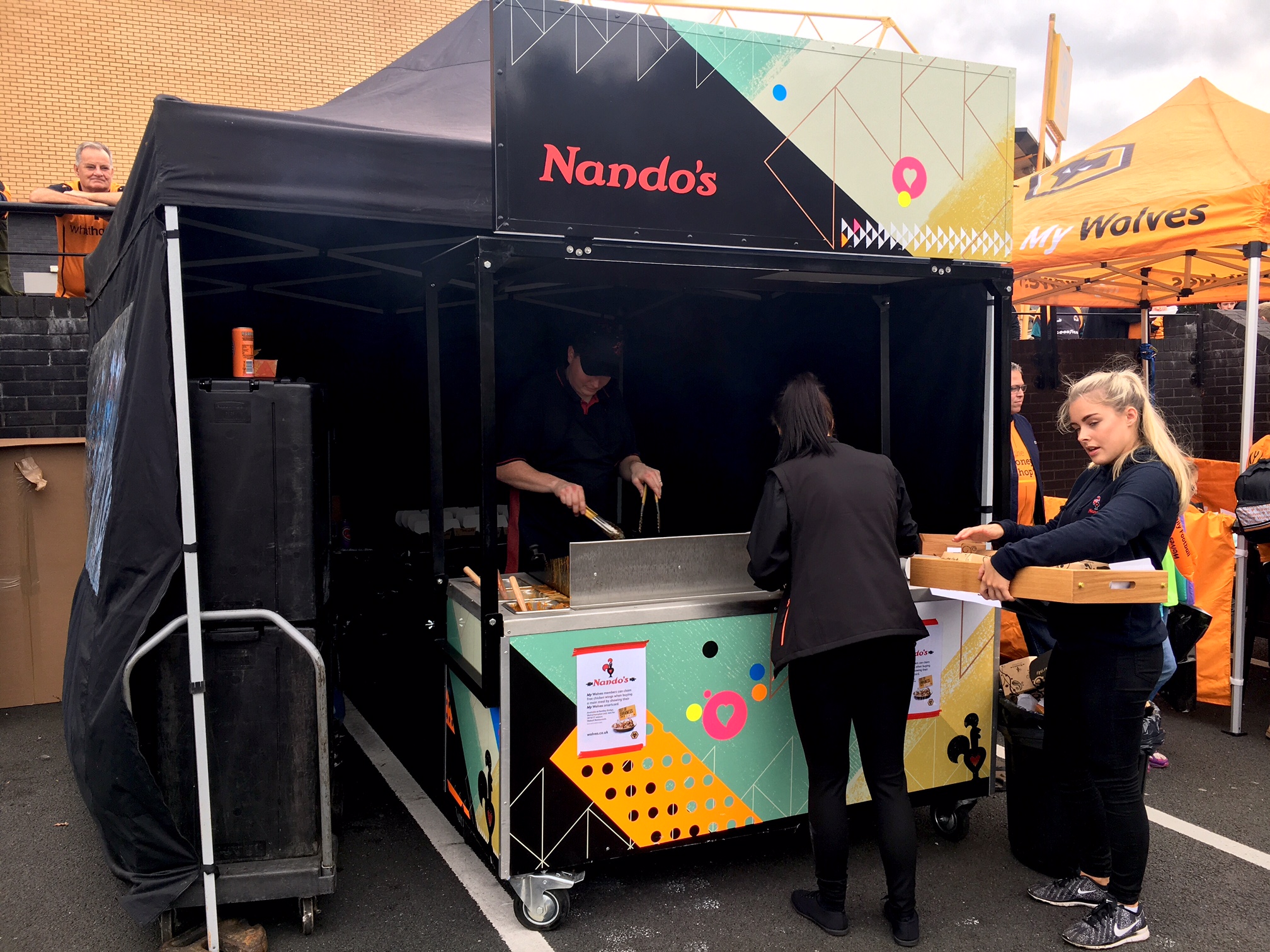 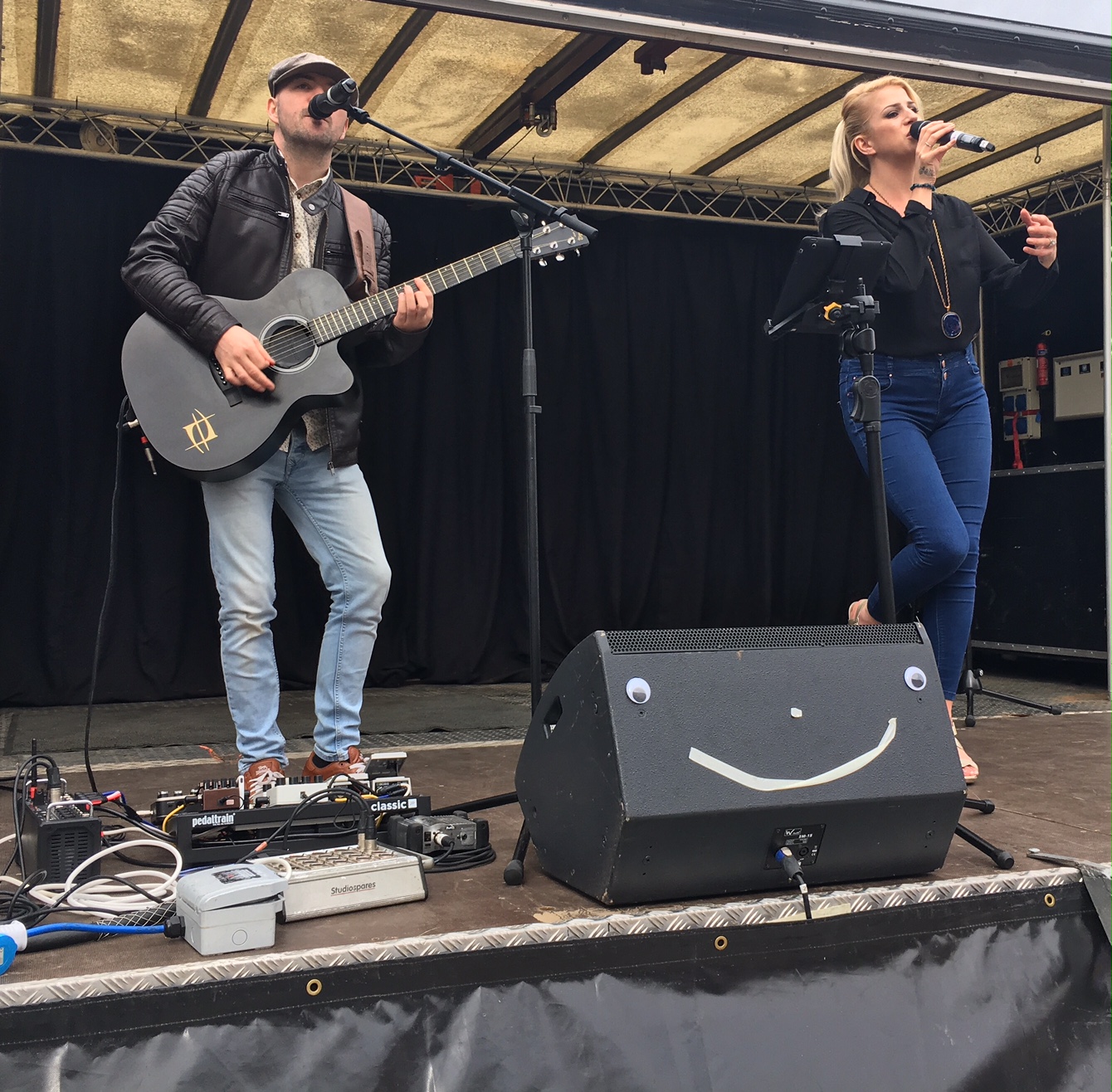 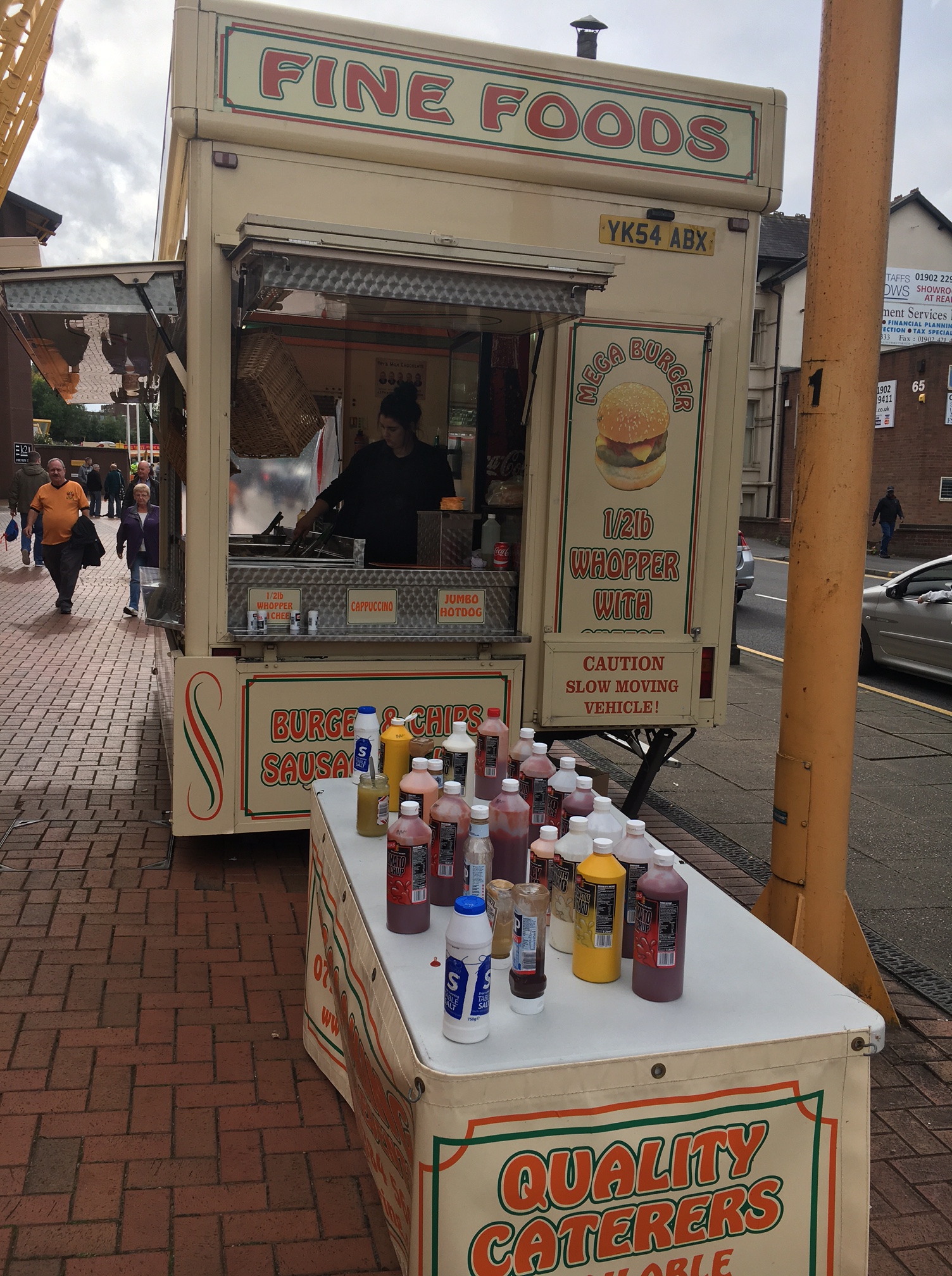 Inside the ground it is clear that this ground has and can accommodate premiership football. Four decent size stands and away fans are unusually given the lower tier of one the stands that run pitchside, so get a decent view. My only quibble is the huge area between the pitch and the stand that allowed a large wide grass strip where stewards sat on chairs, or in one mans case, slept in his chair. 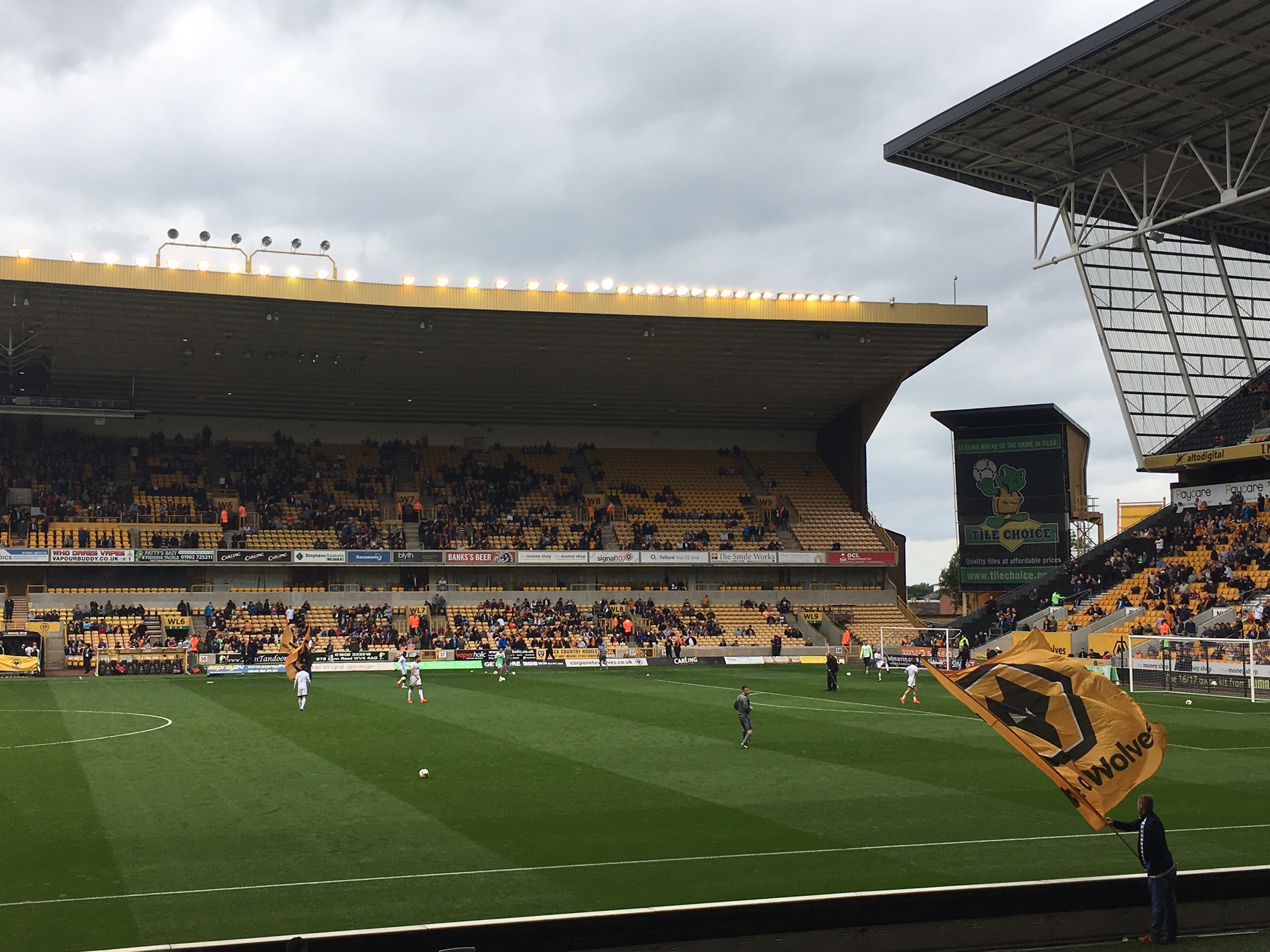 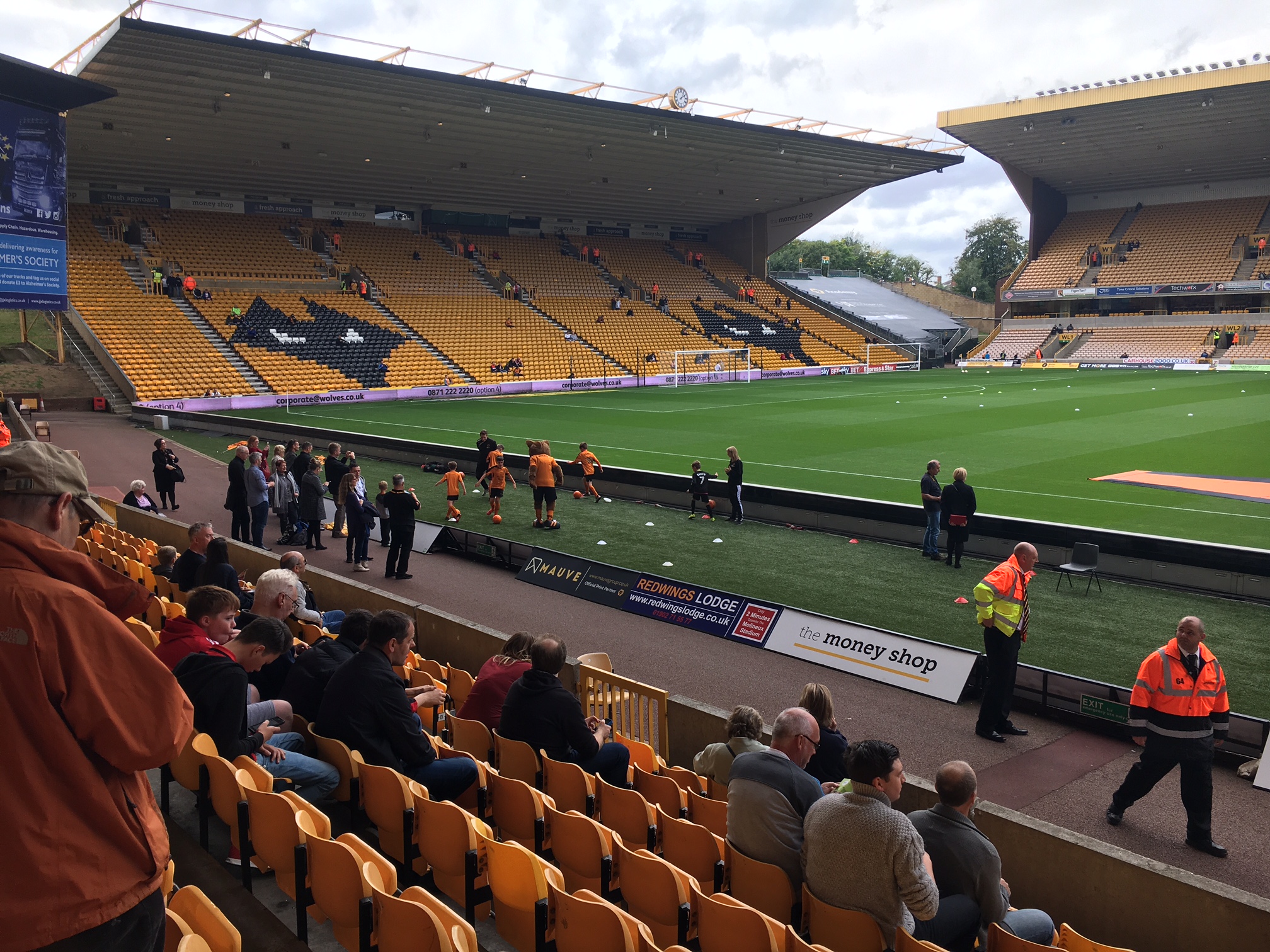 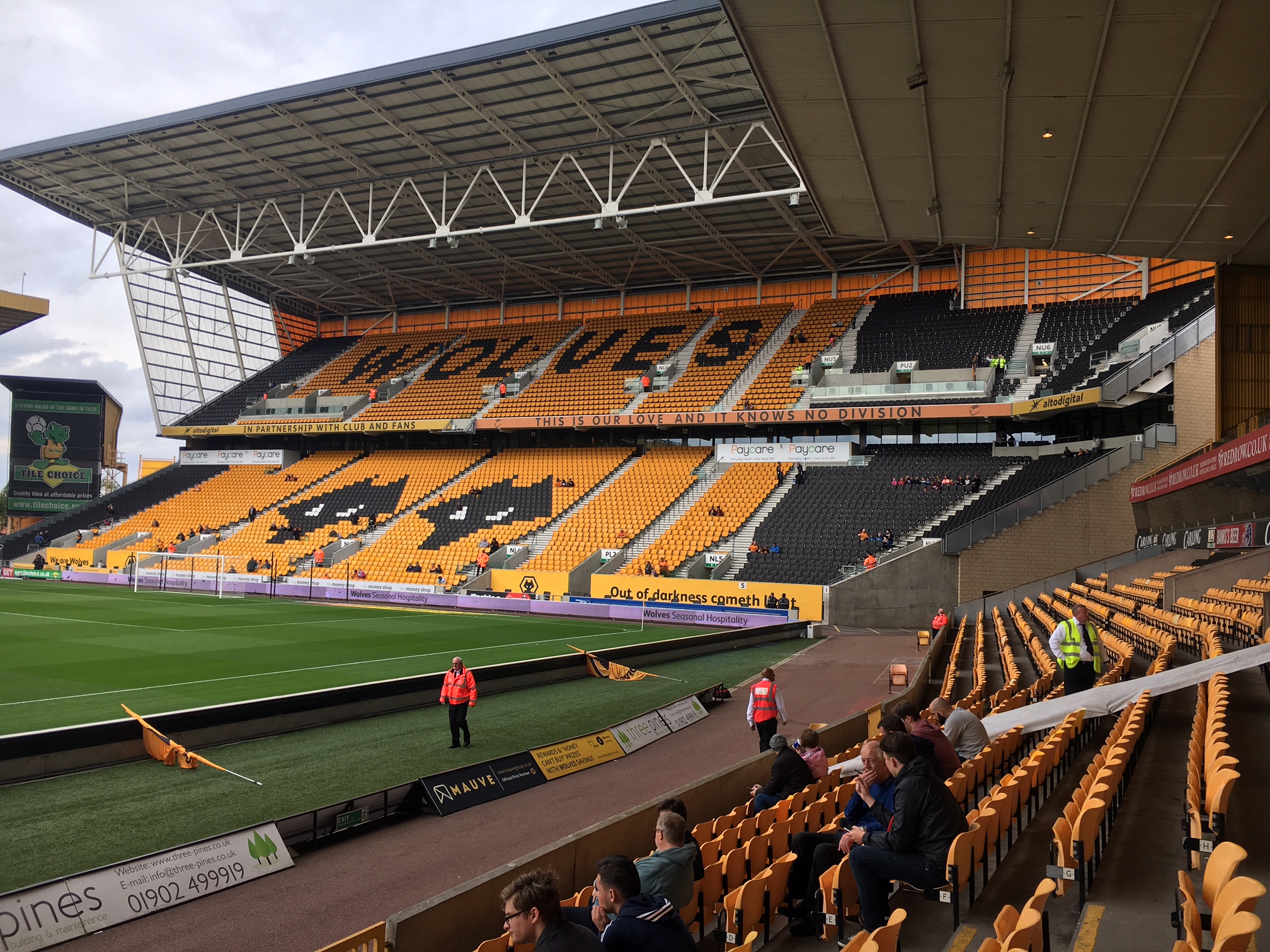 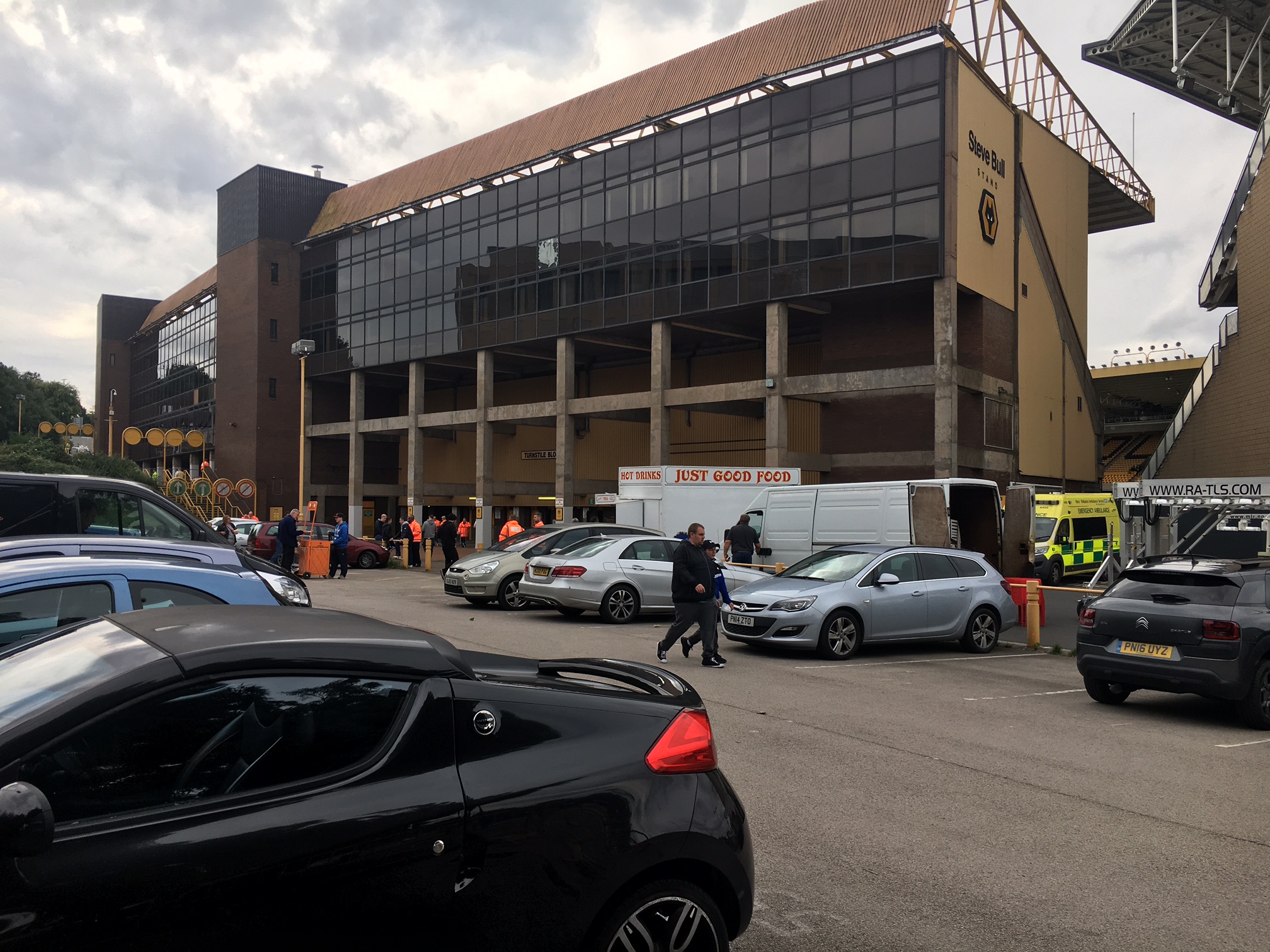 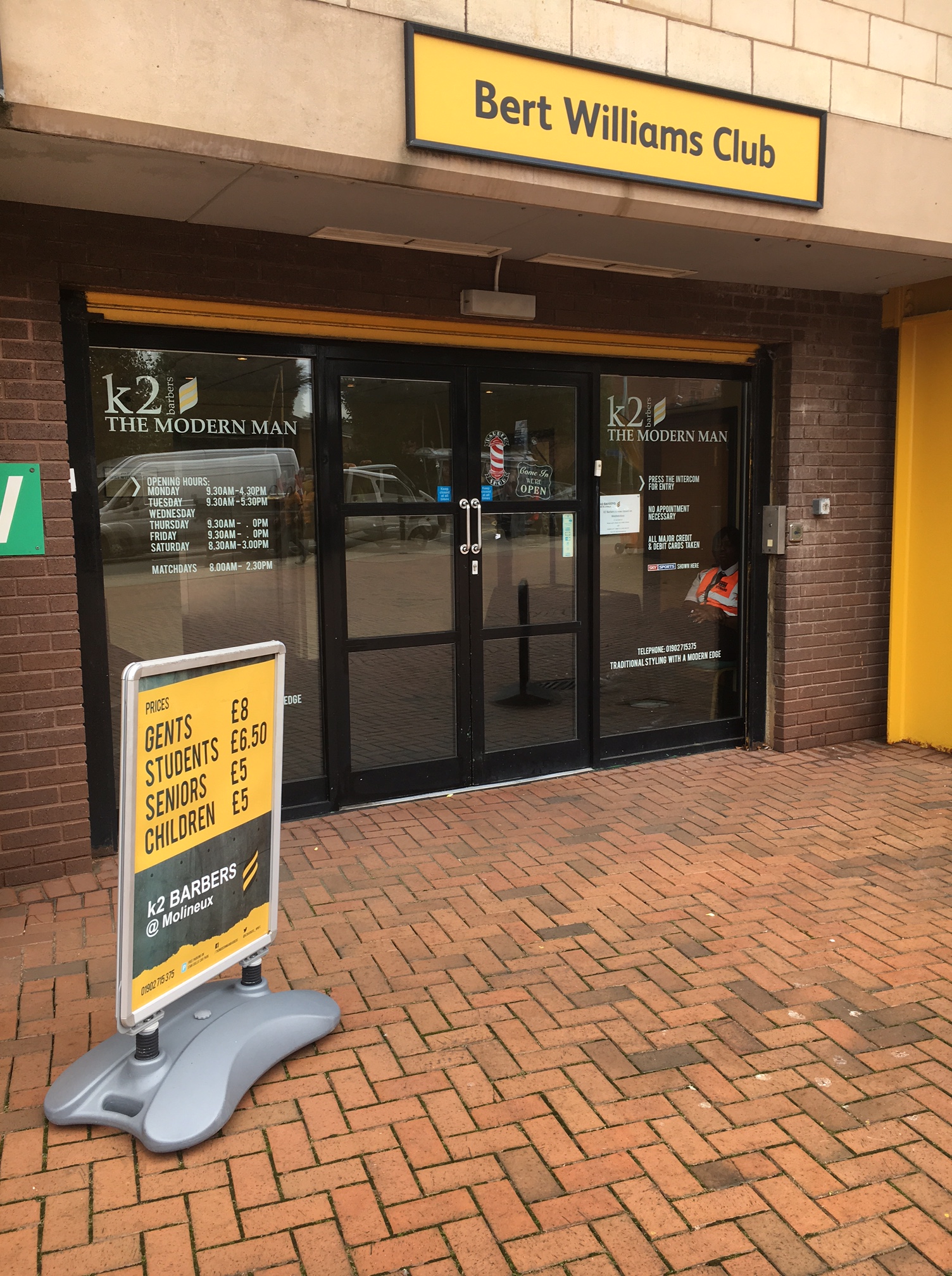 So a good day out, little pricey but a ground well worth seeing. Lastly 21 Bet might want to have a re-think about both the odds and the plaeys they lay odds against. I almost choked on the prospect that the odds of forst scorer were equal almost for Hogan, who was playing, and Hoffmann who was not even on the bench. Curiouser and curiouser. 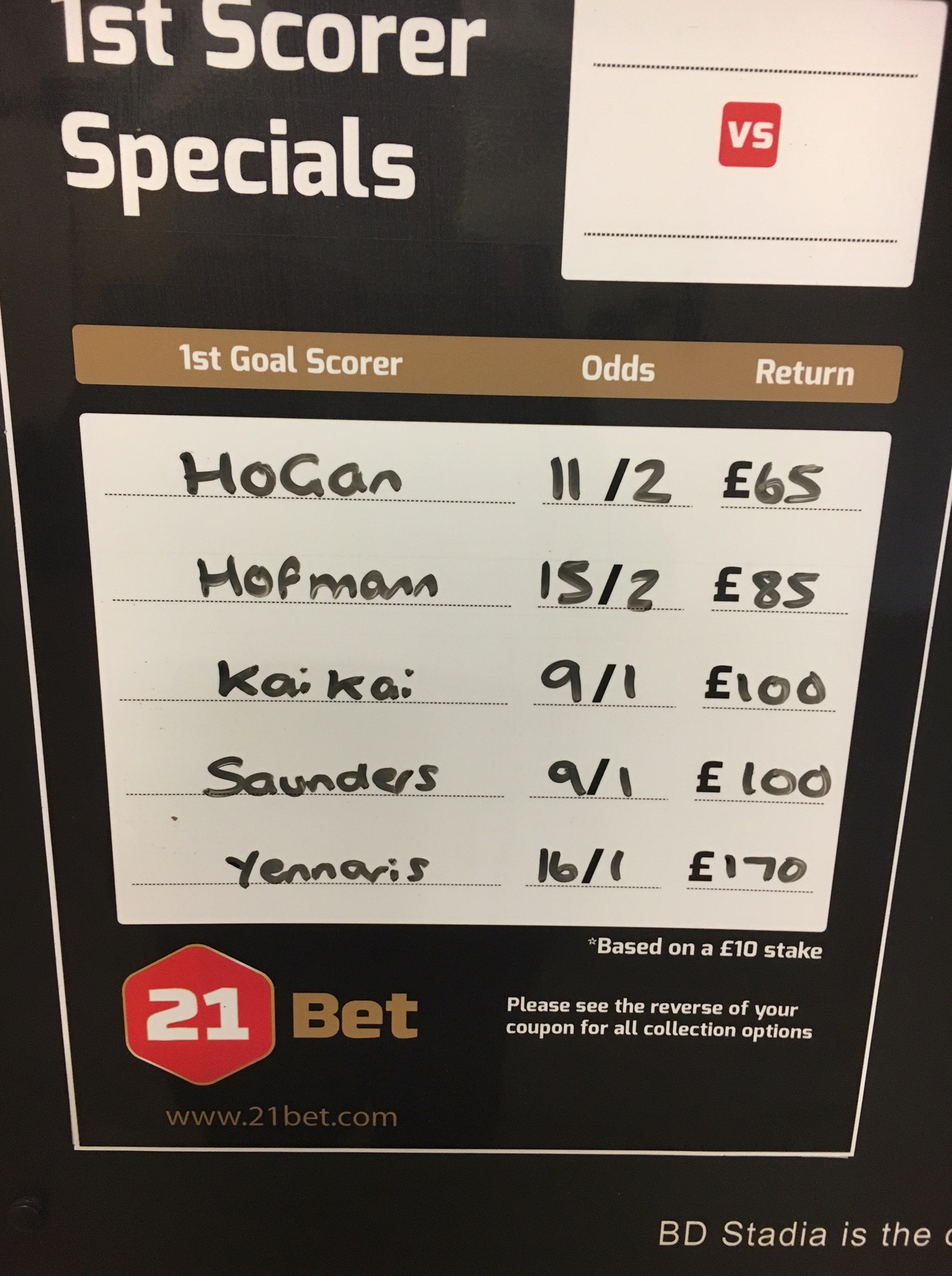