As a Brentford fan days out like this at Stamford Bridge are rare and to be cherished. The harsh reality is that in the first game Brentford should have won and a 2-2 draw was not fair reflection of that game. Today Chelsea had their first team out, internationals galore, and deserved to win but not by 4-0. A few mistakes and some curious refereeing decisions ensured that their win was relatively painless, and some less than excellent defending too. Nevertheless a few reflections on the day.

The atmosphere in the Chelsea fans area seemed akin to a library and one wondered if any fans were actually there or was it purely neutrals rocking up to see a game that maybe was easier to get tickets for. The Brentford terrace chants of ” 4-0 and you still don’t sing” and when the Chelsea fans were leaving in their droves in the 80th to 85th minutes, the chant of ” Is there a firedrill?”, resounded. Having said all that, the Chelsea fans and stewards were nothing less than friendly.

Would I come back here again to see a game? Probably not. My preference is for more atmospheric games such as those in compact small grounds in league 1 and 2.

The Brentford fans were superb throughout, singing and chanting and generally won their game with ease. 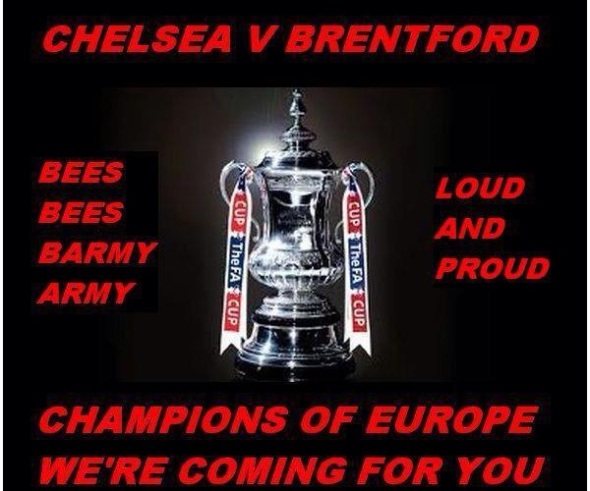 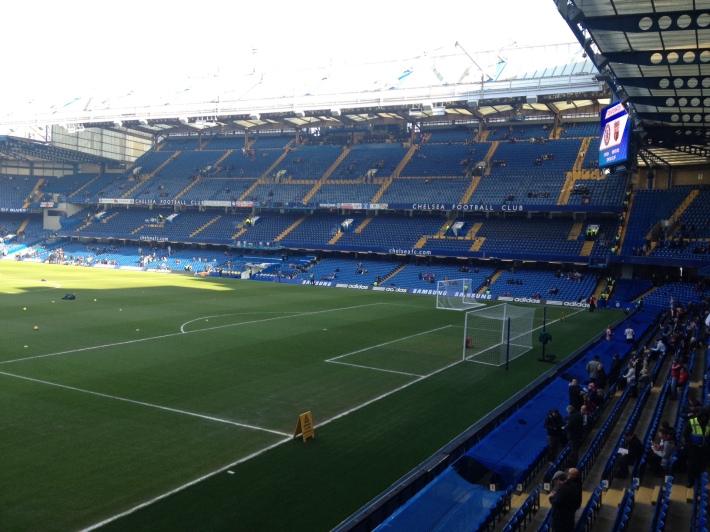