Barcelona is known for many things, a cruise port, football team at Nou Camp, tapas, wine, sunshine and much more. That is all true. However whilst sitting on the upper floors in a hotel during a meeting it was sad to see groups of young people, mainly males, just sitting on benches and hanging round. Wasting time, nothing to do, nowhere to go, no money to spend. This was in an area only 200 yards from Las Ramblas. It real was striking that unemployment in the young is now 55% in Spain. It showed. That was my memory of Barcelona. Sad. Very sad. The impact has been acute for 16 to 24-year-olds, who saw the rate in the last quarter of 2012 surge to 55.13% from 52.34% in the previous three months.Official data showed that the jobless rate in the last three months of 2012 rose 1% to 26%, or 5.97 million people in the whole population.

No evidence of crime but strong evidence of a police presence. No one buying things in shops at all. A sad , sad, city at least in this part. 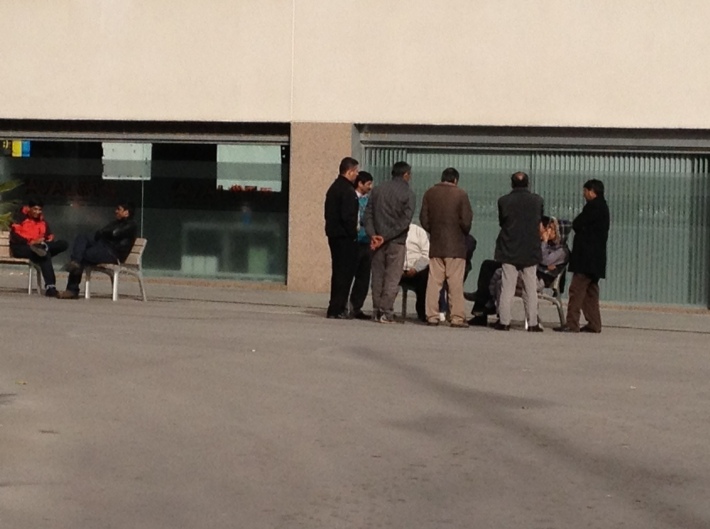 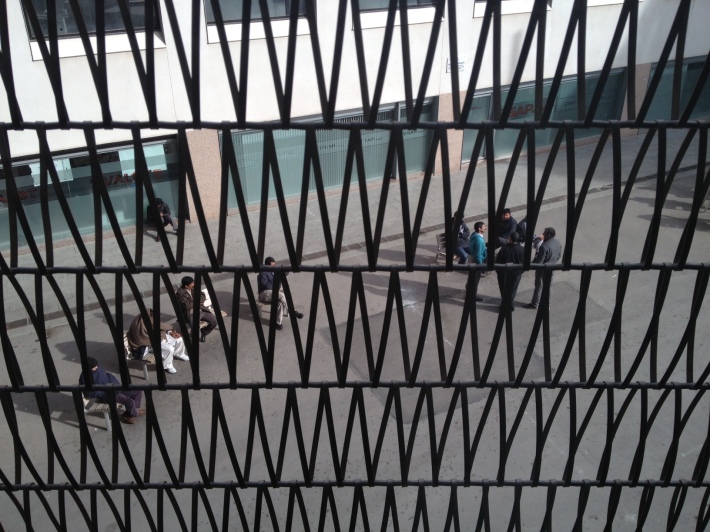 One thought on “Reflections on Barcelona”