Scotland is really not an average place. Expectations of lochs and bagpipes are millions of miles away when one lands at Edinburgh airport. The surrounding areas are industrial if one is being polite. Driving along one finds places like “Ratho” ( is that Rat Ho, or Rath hoe?), that bring one to the worst roundabout in the world. Said roundabout has more traffic lights than the whole of london and all are set perfectly so that only one car can get through. Gridlock is not a possibility but a guaranteed state of affairs.

The motorways are tedious and even though fields are around they are invariably decorated with smoke producing buildings, towers and who knows what else. In short this is not the idyllic part of Scotland as one drives to Dunblane.

In Dunblane what used to be the Dunblane Hydro is now the Doubletree by Hilton………..which is the better? Double is actually not a bad description as they see fit to advertise : “Tea for two for only 31.50£”. Which is actually also the price of breakfast for two…………so one might then see why I chose not to donate money to this institution that wanted 176£ for a room for the night.

Lastly, it is good to see that the Tramway in Edinburgh is getting nearer completion and is being built at the airport. That will be joyful! 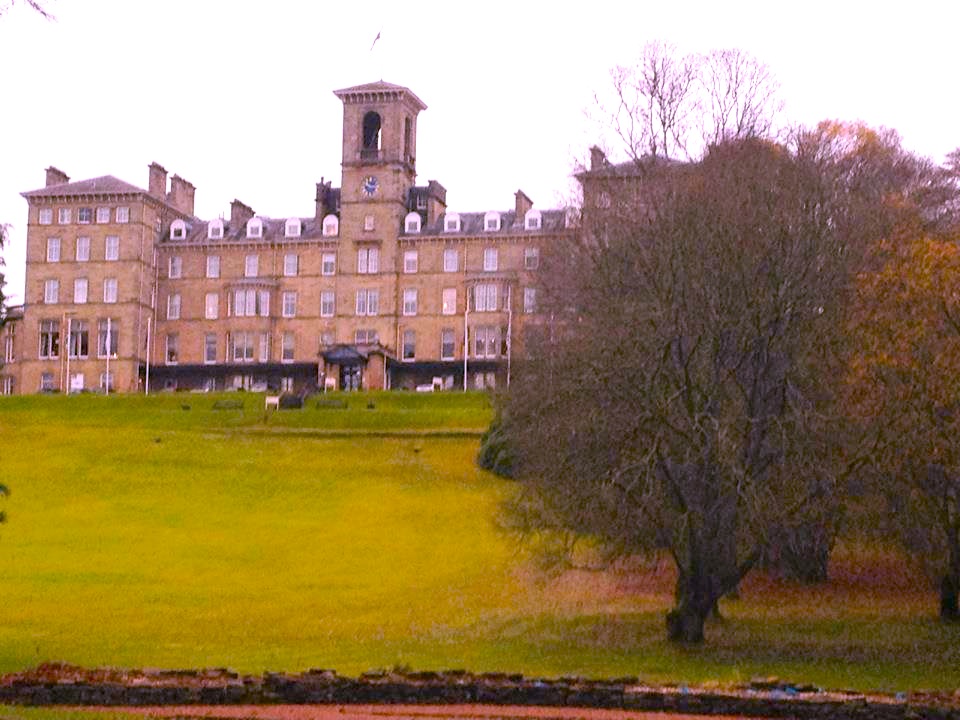 Dunblane Hydro or Doubletree by Hilton?

4 thoughts on “Reflections on Scotland”