Sri Lanka – Memories of a Tsunami Survivor and photographs of Then and Now. Hotel Citrus Hikkaduwa

One of the more interesting characters I met in Sri Lanka was the man who looked after the poolside and his main role was to give out beach towels and beds to those who asked him. A highly intelligent man who kept and read many of the magazines left behind by the hotel guests. He was pleasant and helpful as are most Sri Lankans. He told me one day his Tsunami story. He was on duty that day and heard the eerie silence that preceded the Tsunami. He saw the waves coming and ran, so was luckier than most, and ran around 2 kilometres to collect his wife and family and then went up in the mountains, where he stayed for 6 days. No one knew what was happening, there was very little in the way of effective communications there and his memory when they came down from the mountain was dead bodies floating in the sea, lots of dead bodies.  In any other country this guy could do most jobs, but here he is doing a job way below his intellectual capacity.

The before and after photos are from the Tsunami museum at Telewatta and the ones I took, so approximately 10 years apart but the differences are eerily small. 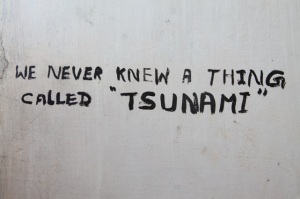 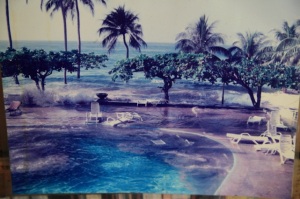 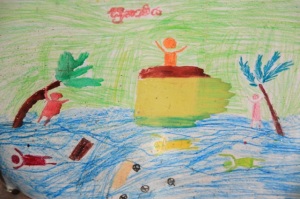 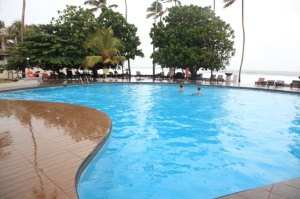 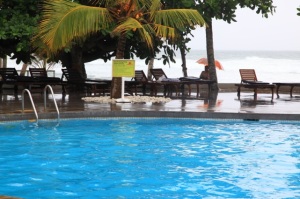 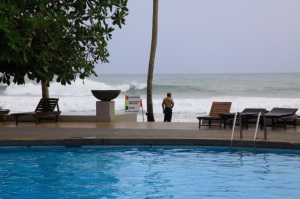