Archive for the tag “bognor regis”

One of the curious benefits of taking photos at 1/1000th of a second at football games is the ability to capture something totally unexpected. This photo comes from Carshalton v Bognor Regis and it shows a line of spit from the players mouth as the players collide accidentally.

The last time I saw Bognor play it was versus Wycombe in the days that Wycombe were non league and the game was important. Maybe Ryman or Ishmian league? Not sure but a long time ago. Today it was great that any football could be played and the pitch was in decent condition considering. A crowd of around 250 turned up and saw an interesting game. Both teams had female physios and that made for a few interesting chants during and after the game.  Bognor had the edge in most of the game, though lost interest in the last 20 minutes. What however swung this game were the two Carshalton sendings off. The first one Adriano Moraes after 30 minutes and the second one, Niall McManus around 90 minutes. The first red card was by all accounts for some direct contact to the face , punch or push, but the second one was more curious as was a second yellow given for jumping in front of the keeper when taking a kick from the goalmouth. I was at a loss to understand this at all. Despite this the game was end to end and the score flatters Bognor. The sun decided to go away as the game kicked off and the light was fairly dreadful all game, so photography was complex to say the least but a few momentos of the game are here. 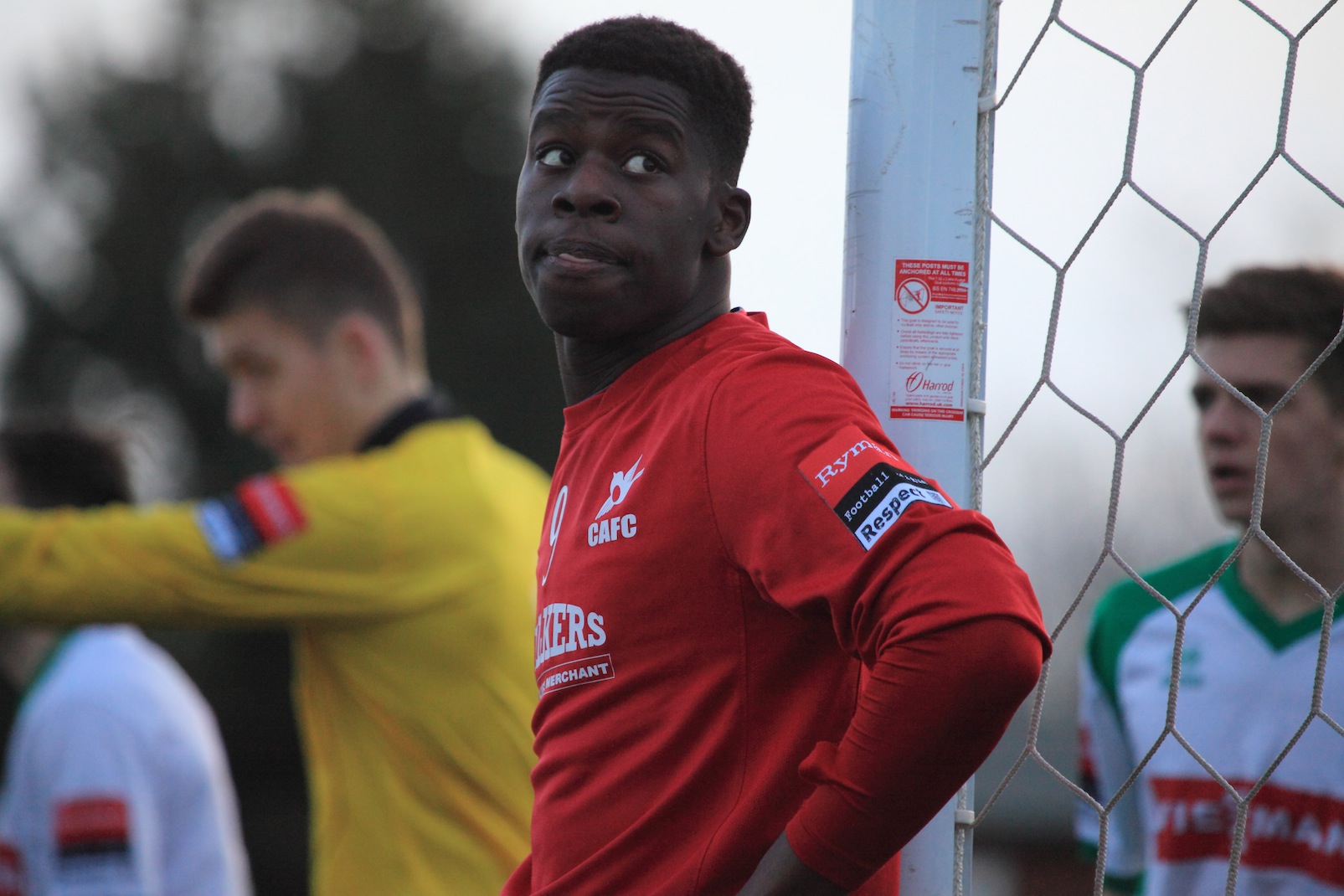 Bognor players thanking their away fans

Kingsley Aikhionbare is having a little nap before the corner is taken. Why not? 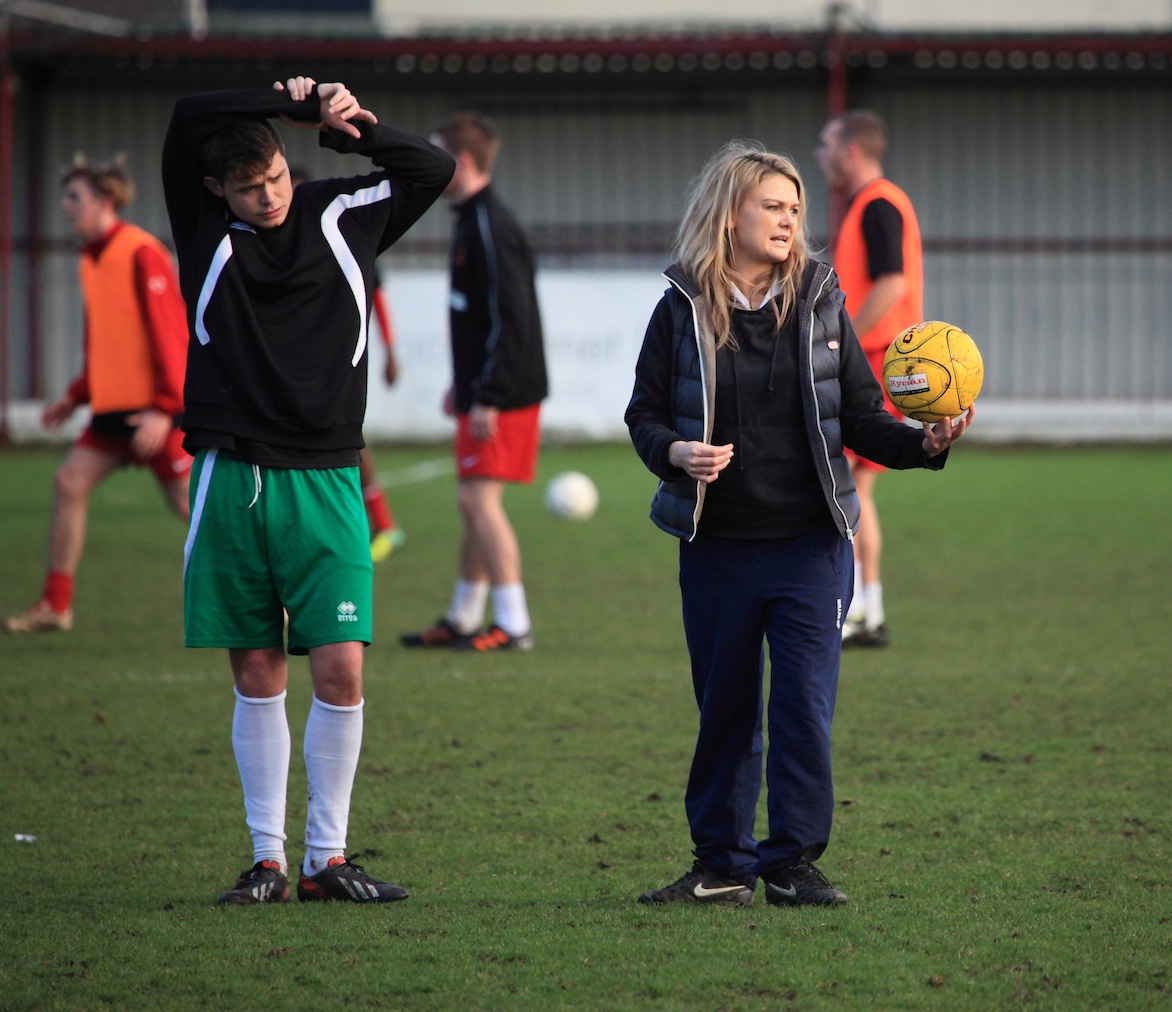 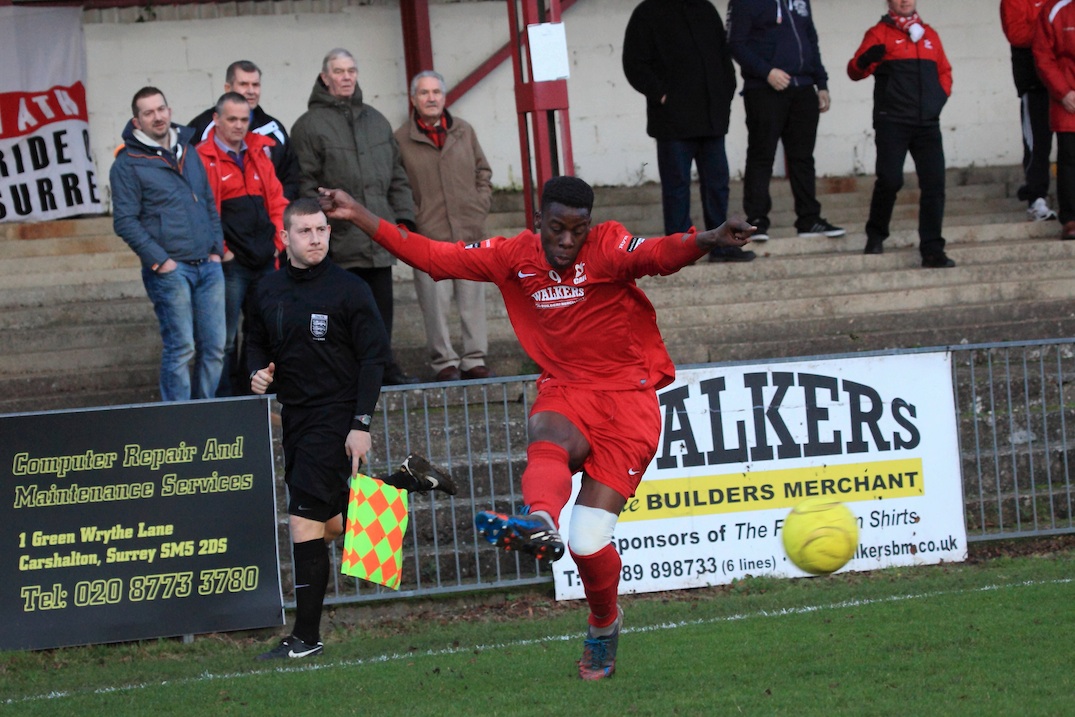 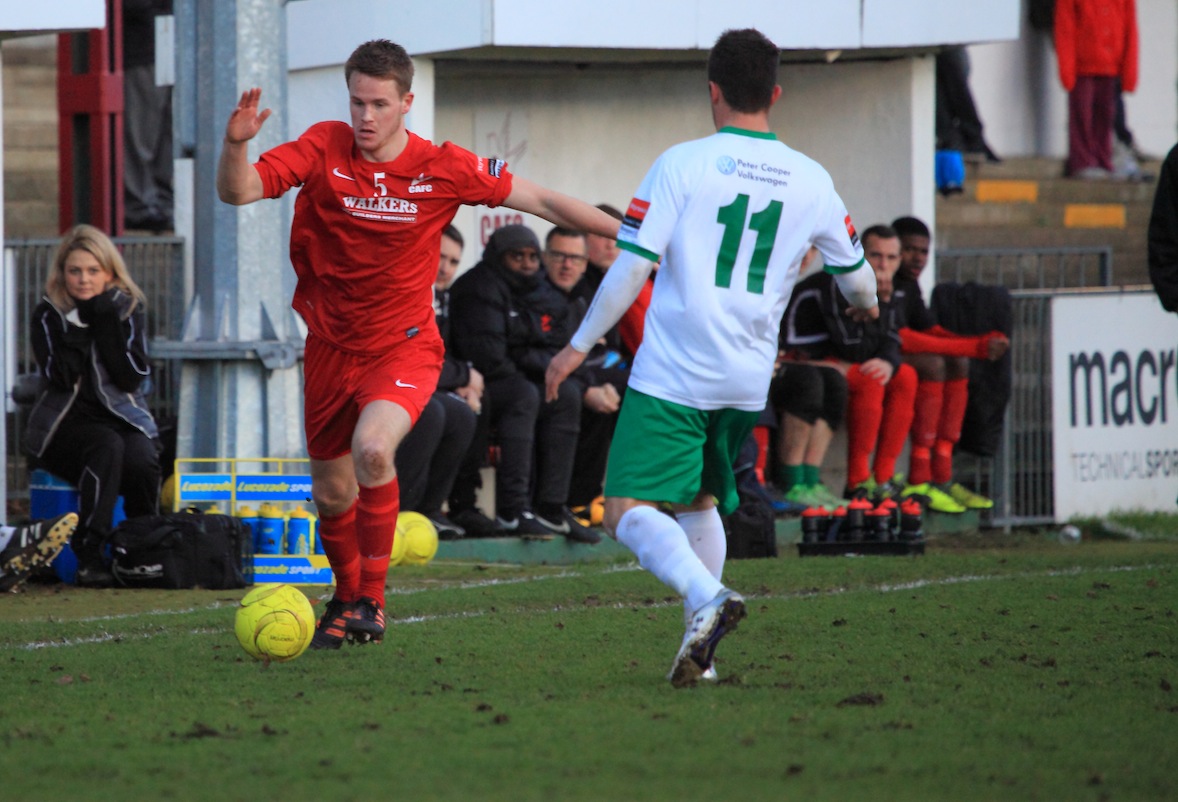