Archive for the category “GCSE photography”

Greetings from the Younger Bushe

A brief intoduction from the ‘younger Bushe’ – I’m Elena, the 15 year old talked about on these blogs, so instead of being talked about on here I decided to write my own to see what this whole blog writing lark is all about. So, as from the title, I promised a rant. Well, you are going to get one. Or maybe a few. We’ll just see how it goes I guess.

So one thing that really bothers me, being a tall girl with a disproportionate limb to body ratio, is when people walk slowly infront of me. Now maybe these people simply cannot walk any faster, and they are merely walking as fast as they possibly can and it is just me being irritable but as much as I’d like to believe that, I can assure you that that is not the case. In the mornings at the lovely time of about 8:00 am I can usually be found walking to school with some friends. I can also usually be found stuck behind a group of slow walkers. Thats the thing with people with attributes or habits that annoy you, isn’t it? When they crop up (quite frankly more often than any of us would like) they are never by themselves, oh no, they quite helpfully feel the need to enlist the help of others to help them in their quest t0 disrupt the journey and day of others. And if thats not bad enough, another helpful attribute these slow walkers seem to have picked up is to become completely oblivious to the fact that there is a growing-more-annoyed by the second tall 15 year old taking half steps behind them while they talk about whether they are going to hockey club after school or not, which, quite frankly, I do not care about and I would be very appriciative if you could just let me squeeze past you so that I can get to school and start copying my Physics homework which, regretfully, it appears has not been done the night before, and is now due in in approximately 20 minutes. However, you must not panic for I have picked up a technique of my own to deal with these small year 7’s (so small I genuinely worry about accidentally crushing them with one of my gigantic limbs), and that is to simply make myself appear to be a moody, tall, grumpy year 10 who will purposefully shove you off the cycle path into the long grass. This might not sound like a menacing sight to you, but believe me, it terrifies them. So, after gearing myself up to sound like the biggest, baddest year 10 that ever lived, I utter those two fateful words that no year 7 wants to hear: “Excuse me.” This is usually greeted by mass scurrying to the sides of the path while the three big, scary year 10’s stride through and then all assumes its usual air of calm. Apart from myself who still has to do her Physics homework.

I’m going to fit in another rant because that one just was not long enough for my liking.You might think its long enough, and so might my mum but I do not, and so the story continues.

One thing I really dislike about being a teenager is the fact that most people will stereotype your music taste based on your appearance. Or your personality based on your music taste. And I for one find this extremely frustrating. Picture this: Me, an almost transparent white girl with lots of freckles, sort of mousey golden coloured dead straight hair with bright blue eyes. Based on this appearance, the most common stereotype I get is being into pop music. While I have absoloutely nothing against pop music, it is not a genre of music that I listen to (apart from the deep dark depths of my music taste that includes the Backstreet Boys, young Cody Simpson, The Vamps and 5sos, but we won’t talk about that) My favourite genre of music is definately Alternative or Rock or Pop-Punk but we aren’t supposed to use that term because the god of music (AKA Billie Joe Armstrong) has decreed a strong dislike for that term. If you are looking for examples, one might find some in the way of Fall Out Boy, All Time Low, Panic! At The Disco, Halsey, Good Charlotte, The Cab, Twenty One Pilots, Sleeping With Sirens, The Maine and many more. I also have a passion for electro chill style music which suprised me greatly but it is fabulous and I recommend listening to it (particularly a song called Circles by the Eden Project and especially the rain and thunder muffle audio of it, that is top-notch.) Also I have a secret passion for a certain artist known as Charley Marley whose songs never fail to make me smile and I am proud to say that I will be seeing (and hopefully meeting) this guy next week. Anyways, when I first tell people about my music taste, some are quite surprised. More recently though, people who I’ve told have smiled and nodded and said “Oh yeah, I’m a fan of them too.” which results in lots of in depth conversations during lessons and then being asked questions by the teacher and having to rely on the helpfully whispered answers from the rest of the class.

Since I am so new to this blog writing lark, I have no idea how to finish so I hope you enjoyed my little rants and I don’t know, maybe if you liked them leave a comment as I am considering starting my own blog but I just don’t know if the things I write about are interesting. – Elena ^-^

Are Employees trapped in their office near Watermans Centre Brentford?

A piece of graffiti seen on boxing day 2016 suggests that office workers may be trapped inside their office since Xmas. Their only hope was to paint graffiti on their windows and demand supplies. An insider however informs the blog that there was only enough paint to produce a single word. The word agreed upon was painted on the window. LAGER. Visitors to Brentford football club for their boxing day fixture against Brighton however seem not to have been in generous mood and no lager donations were spotted being provided. Little movement was seen in the offices as of late last night.

Brentford 0 Brighton 0 . What does Lager have to do with it?

An excellent fast paced championship game on Boxing day 2015 surprisingly resulted in no goals. There are enough match reports to mean little point me adding to the details. It is the bigger picture though which is interesting , simply is this a prequel to the play off game with these two sides involved again?

Brighton were either average or Brentford made them look average. Nico Yennaris proved again that he is not a full-back but could be a decent midfielder. David Button had a day off. Philip Hoffman should have won the game for Brentford in the final minutes.

The game was played in good spirit with few fouls and none of note. Darren Deadman as referee was better than usual and actually not too terrible, but would either side clamour to have him back again, unlikely. A capacity 12,200 crowd gave an excellent atmosphere for a 1 pm kick off, which traditionally seem unable to provide the same atmosphere and noise as 3 pm kick offs.

The game was end to end and what was clear is that neither side had a potent striker who could have provided the goals that the game deserved. A 2-2 draw would have been a good pre-match bet and probably a reasonable score. Both sides are clearly good but maybe with Brentford improving and Brighton on the decline?

For me the best teams in the championship are Middlesborough and Hull City and these teams may get the automatic places. Perennial play off contenders Derby, Burnley, Ipswich may again make the play offs. Brentford and Brighton are also contenders with Sheffield Wednesday an outsider too.

The big surprise of the day however was being able to get an easy parking space in the Watermans Centre car park  where the graffiti on a window of an office either suggested folks trapped inside demanding Xmas supplies or a prequel to a Lager advert. Great graffiti.

Three Superb Photographs from Sunday. Not taken by me. GCSE Photography after 1 month.

Just to showcase three superb photos of very different topics that were not taken by myself. Enjoy. I wish I had the opportunity to do GCSE photography. 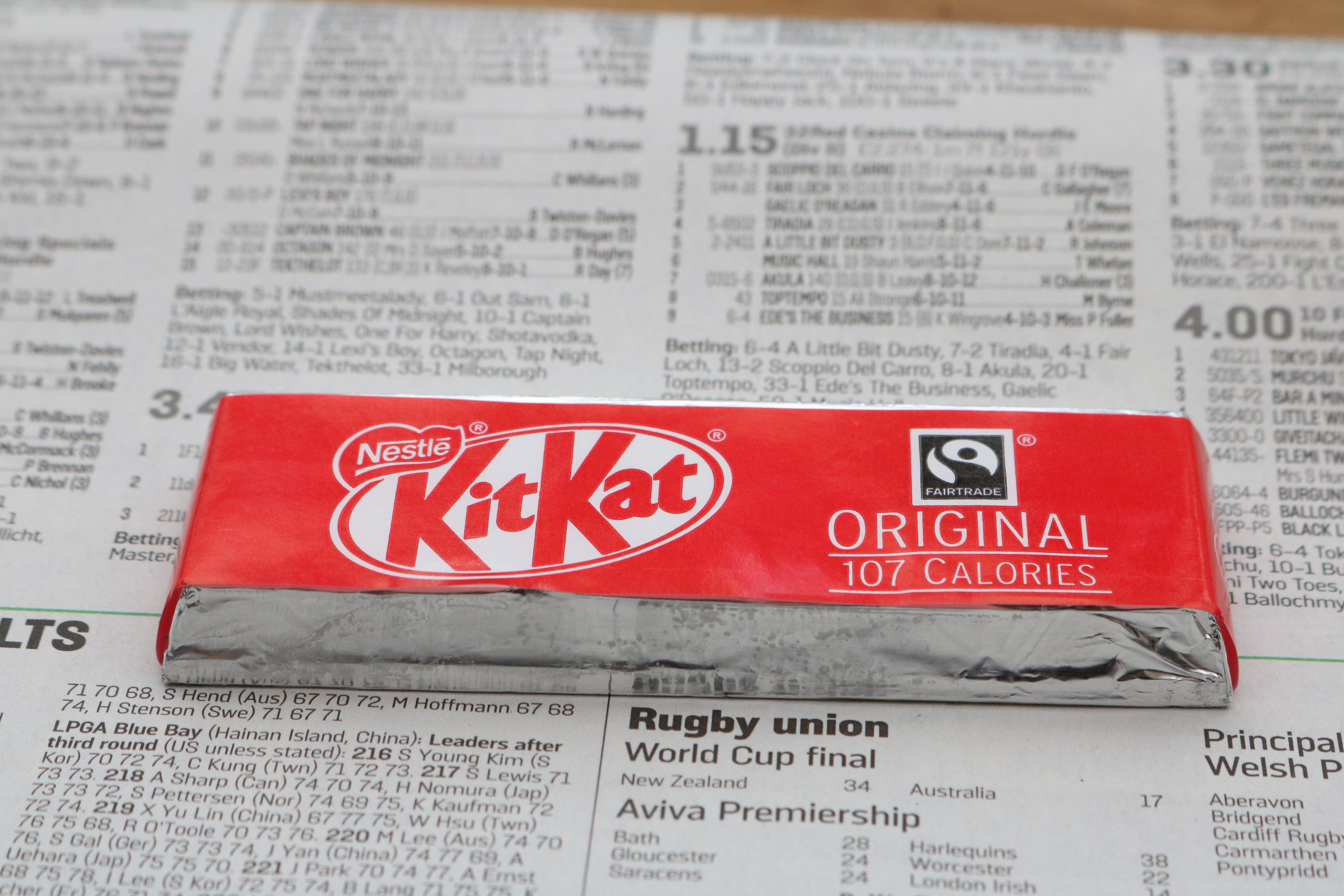 Cumberleylaude, a ‘gourmet cat’ with a love of fine dining, could join stage show after discovery of lost TS Eliot poem.

Cumberleylaude, a ‘gourmet cat’ with a love of fine dining, could join stage show after discovery of lost TS Eliot poem.