This game to almost both teams surprise was a relegation 6-pointer with the prize for the loser being an ever increasing chance of relegation to the Combined Counties League. The reality was the game was dire, without much atmosphere,passion and devoid of skill, and both teams frankly look awful enough to deserve relegation. A summary of the game would be two scrappy goals for Walton and Hersham in the first half and two equally scrappy goals ( if one can count a penalty that ought not to have been given, as almost the last kick of the game) for Walton Casuals in the second half. For mitigating factors one can count the wind which was brisk and arctic, but such a devoid absence of skill I have not seen at any level for some time now.  I will also confess to supporting both these teams, and in fact have been watching Walton and Hersham for almost 50 years. When one also looks at the crowd that this local derby generated, about 150, it is clear that a small town like Walton cannot host two teams at this level, and the return fixture a month ago drew only 115 souls.

Enough of the moaning. Some halfway decent action shots. 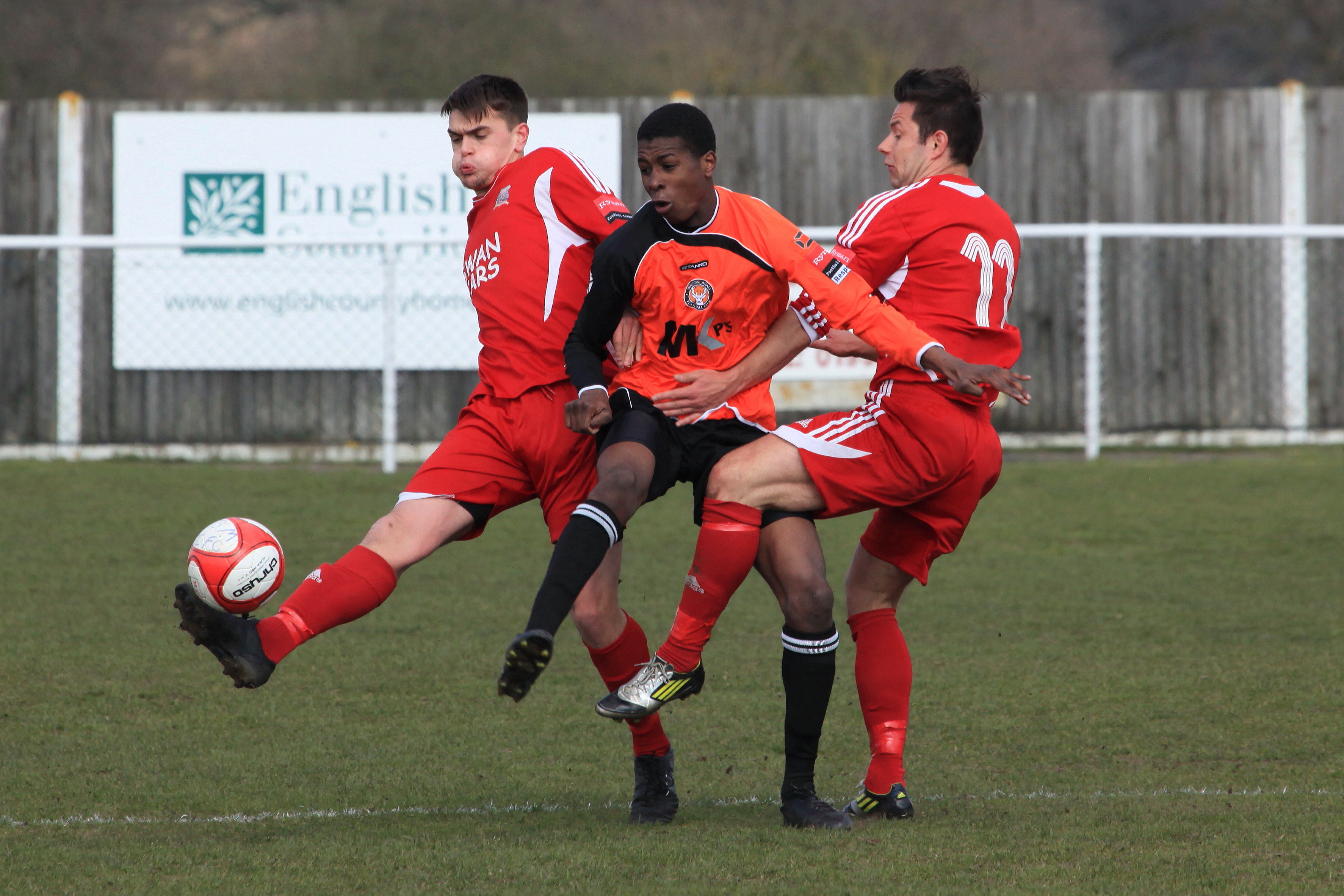 The ball did cross the line. The first Walton goal

Keeper punching seemingly into his own goal